The National Committee on U.S.-China Relations was pleased to host a virtual conversation on May 19, 2020 with Ambassador Robert Zoellick, former U.S. Trade Representative and president of the World Bank, among other positions in and outside of government. Fifteen years have passed since his “responsible stakeholder”  speech at the National Committee’s 2005 Gala dinner. Ambassador Zoellick offered reflections on his 2005 speech and the policy implications of his approach for the United States when considering the current Sino-U.S. relationship. National Committee Chair Ambassador Carla A. Hills provided introductions and President Stephen Orlins moderated the event.

Robert B. Zoellick is senior counselor at Brunswick Geopolitical, an advisory service of the Brunswick Group, and a senior fellow at the Belfer Center for Science and International Affairs at Harvard University’s Kennedy School of Government. In addition, Ambassador Zoellick serves on the boards of Temasek, Singapore’s Sovereign Wealth Fund, and Twitter, Inc., and is on the advisory board of Swiss Re. He is a member of the boards of the Peterson Institute for International Economics and the Carnegie Endowment, chairs the Global Tiger Initiative, and is a member of the Global Leadership Council of Mercy Corps, a global humanitarian agency.

Ambassador Zoellick has received the Distinguished Service Award, the Department of State’s highest honor; the Alexander Hamilton Award of the Department of the Treasury; and the Medal for Distinguished Public Service of the Department of Defense. The German government awarded him the Knight Commanders Cross for his achievements in the course of German unification. The Mexican and Chilean governments awarded him their highest honors for non-citizens, the Aztec Eagle and the Order of Merit, respectively, for recognition of his work on free trade, development, and the environment.
Ambassador Zoellick holds a J.D. magna cum laude from the Harvard Law School, a master’s degree in public policy from Harvard’s Kennedy School of Government, and a bachelor’s degree (Phi Beta Kappa) from Swarthmore College.

Earlier, Ambassador Hills served in the cabinet of President Gerald R. Ford, as secretary of the Department of Housing and Urban Development (the third woman to hold a cabinet position). She also served as the assistant attorney general in the Civil Division of the U.S. Department of Justice. Ambassador Hills has served on a number of corporate boards. She is currently on the international advisory board of J.P. Morgan Chase and the Starr Advisory Board. She also serves in leadership positions with not-for-profit organizations. She is chair of the National Committee on U.S.-China Relations and of the International Advisory Board of the Center for Strategic and International Studies; co-chair emeritus of the Inter-American Dialogue, chair emeritus of the Council on Foreign Relations; honorary director of the Peterson Institute for International Economics; and executive committee member of the Trilateral Commission.

A graduate of Stanford University, Ambassador Hills attended Oxford University’s St. Hilda’s College, and obtained her law degree from the Yale Law School. In 2000, she was awarded the Aztec Eagle, the highest honor given by the Mexican government to a non-citizen.

Steve Orlins has been president of the National Committee since 2005. Prior to that, he was the managing director of Carlyle Asia and the chairman of the board of Taiwan Broadband Communications, one of Taiwan’s largest cable television and high speed internet providers. Prior to joining Carlyle, Mr. Orlins was a senior advisor to AEA Investors Inc., a New York based leveraged buyout firm, with responsibility for AEA’s business activities throughout Asia.

From 1976 to 1979, Mr. Orlins served in the Office of the Legal Advisor of the United States Department of State, first in the Office of the Assistant Legal Advisor for Political-Military Affairs and then for East Asian and Pacific Affairs. While in that office, he was a member of the legal team that helped establish diplomatic relations with the People’s Republic of China.
Mr. Orlins is a magna cum laude graduate of Harvard College and earned his law degree at Harvard Law School. He speaks Mandarin Chinese and is a member of the Council on Foreign Relations. In 1992, Mr. Orlins was the Democratic nominee for the United States Congress in New York’s Third Congressional District. 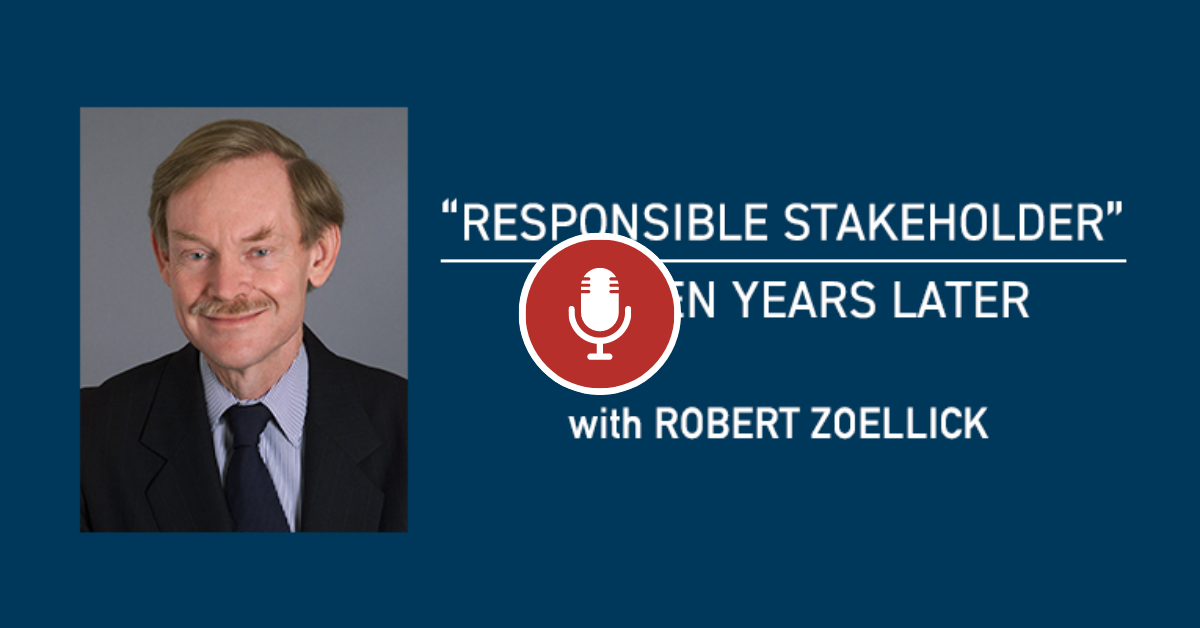 Ambassador Robert Zoellick offered reflections on his “responsible stakeholder” speech at the National Committee’s 2005 Gala dinner and the policy implications of his approach for the United States when considering the current Sino-U.S. relationship. 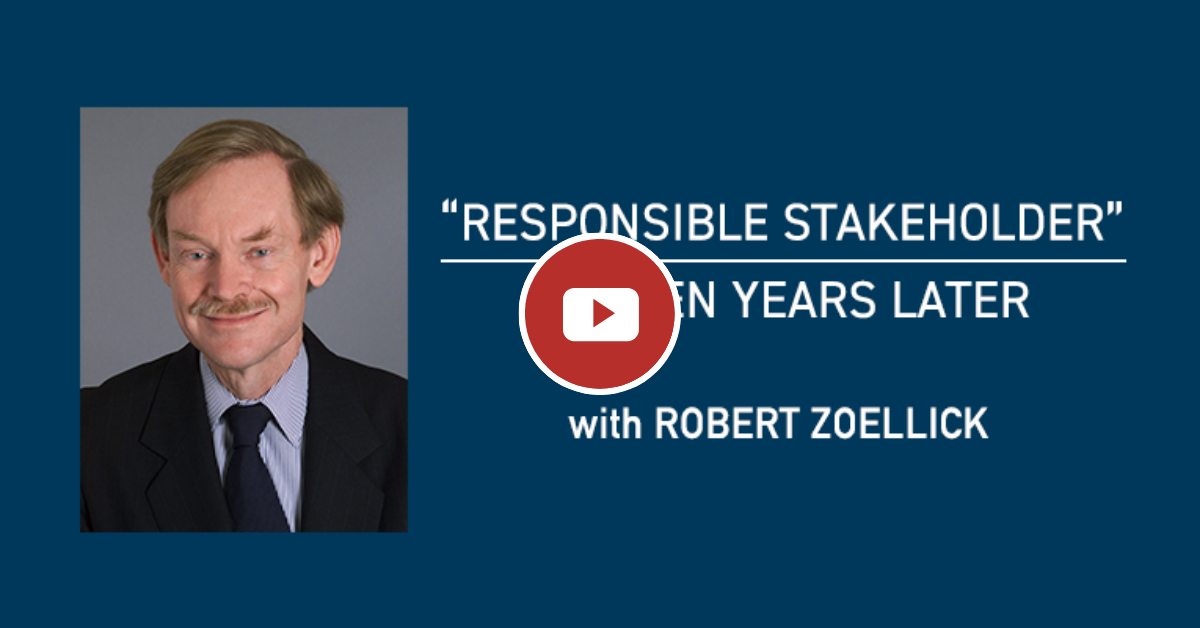 VIDEO: Ambassador Robert Zoellick offered reflections on his “responsible stakeholder” speech at the National Committee’s 2005 Gala dinner and the policy implications of his approach for the United States when considering the current Sino-U.S. relationship.