Although the majority of U.S. allies are increasingly worried by some of China’s discriminatory economic and trade practices, growing assertiveness in territorial and maritime disputes, continued human rights violations, restrictions in its domestic political and social spaces, and its dominance in the high tech space, none are interested in completely or substantially decoupling from China, as some in the United States have advocated. While U.S. allies agree that they do not want China’s influence and aggressive behavior to go unchecked, each has its own strategic national interests to consider in terms of its relations with Beijing.

On July 9, 2020, The National Committee on U.S.-China Relations, the Lieberthal-Rogel Center for Chinese Studies, and the Michigan-China Innovation Center held the second in a series of three “Bilateral Breakdown” webinars exploring the current and future state of U.S.-China relations through the perceived lens of disengagement. Speakers Andrew Chubb, British Academy postdoctoral fellow at Lancaster University; Gordon Houlden, professor of political science at the University of Alberta, adjunct professor of the Alberta School of Business, and director of the University’s China Institute; and Daniela Stockmann, professor of digital governance at the Hertie School in Berlin; along with moderator Jan Berris, vice president of the National Committee examined the current state of Sino-Australian, Sino-British, Sino-Canadian, and Sino-German relations, respectively; some of the key red line issues at the heart of each country’s relationship with China; and how each country views the current state of U.S.-China relations and the consequences that flow from those views.

This is the second program in the Bilateral Breakdown series. You can view the first program here.

Andrew Chubb is a British Academy postdoctoral fellow at Lancaster University in the UK. A graduate of the University of Western Australia, his work examines the linkages between China’s domestic politics and international relations. More broadly, Dr. Chubb’s interests include maritime and territorial disputes, strategic communication, political propaganda, and Chinese Communist Party history.

Professor Houlden joined the Canadian foreign service in 1976. He has been posted to Havana, Hong Kong (twice), Warsaw, Beijing (twice – most recently as minister), and as executive director of the Canadian Trade Office in Taipei. While a foreign service officer, Professor Houlden studied at the Chinese University of Hong Kong, and at the National Defence College in Kingston. Twenty-two of his years in the Canadian foreign service were spent working on Chinese affairs for the government of Canada. His last assignment before joining the University of Alberta in 2008 was as director general of the East Asian Bureau of the Department of Foreign Affairs and International Trade.

Under Professor Houlden’s leadership, the China Institute has focused on contemporary China studies, with an emphasis on Canada’s trade, investment and energy linkages with the People’s Republic of China.

Daniela Stockmann is professor of digital governance at the Hertie School in Berlin. Her current research focuses on the challenge of how to tackle harmful content spreading via social media platforms, comparing policy approaches in the United States, China, and Europe. Her most recent project, funded by a Starting Grant of the European Research Council, explores the impact of the technological design of social media platforms on user behavior regarding politics in China. She holds degrees from the University of Rochester, the School of Oriental and African Studies at the University of London, and a PhD from the University of Michigan, Ann Arbor.

Before joining the Hertie School faculty, she was associate professor of political science at Leiden University. Her book, Media Commercialization and Authoritarian Rule in China (Cambridge University Press, 2013), received the 2015 Goldsmith Book Prize awarded by the Harvard Kennedy School Shorenstein Center on Media, Politics, and Public Policy. Beyond her academic work, she has served as advisor to the ministry of foreign affairs in the Netherlands and to German President Steinmeier during his 2018 visit to China. 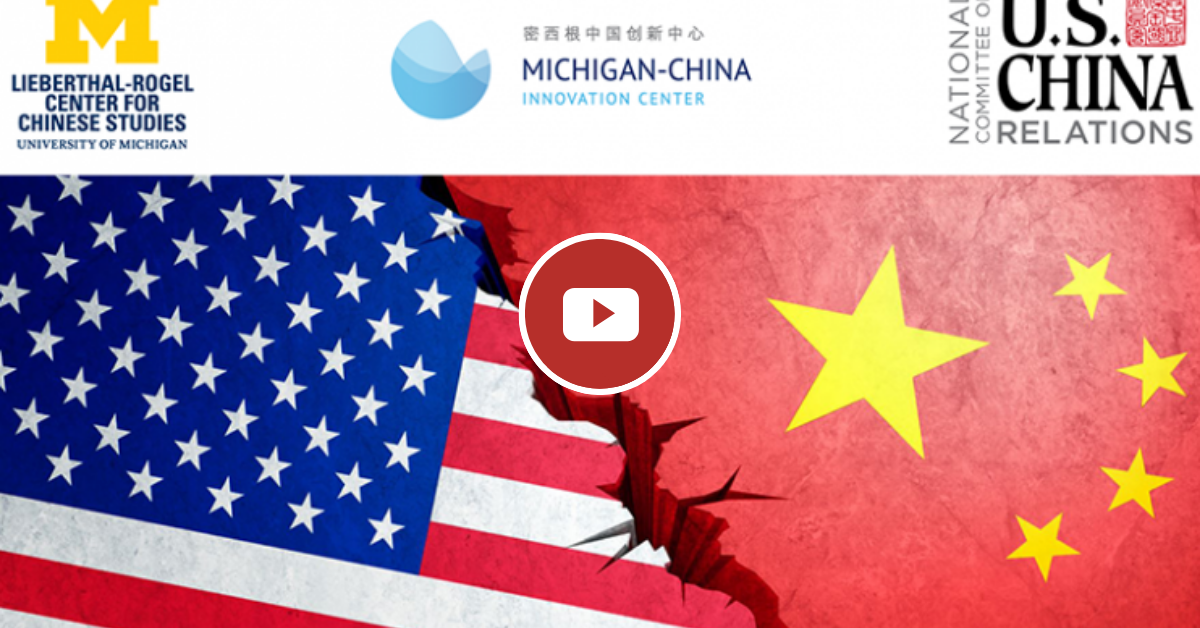 Bilateral Breakdown: Views from our Allies

VIDEO: A webinar exploring U.S.-China relations via the views of our allies.