Leading American and Chinese economists answer one question: name one way the U.S.-China trade war has affected the American economy and global trade over the past two years. Despite the signing of a phase-one deal on January 15, until all tariffs are lifted many of these adverse impacts will continue.

In this episode of U.S.-China Insights, we sat down with five economists and asked them one question: What has been one impact of the trade war on the American economy and global trade over the past two years? These were their responses.

Dr. Nicholas Lardy, Senior Fellow, Peterson Institute for International Economics; Vice Chair of the Board, National Committee on U.S.-China Relations:
One main impact is the adverse effect of tariffs on U.S. manufacturing. U.S. manufacturing has suffered under the tariffs, in part because firms rely on inputs from China to produce their final good, and the price of the inputs has gone up because of the tariffs. Secondly, they’ve lost because China has retaliated with tariffs of their own, making it harder to sell into the Chinese market. So these manufacturing companies are losing sales domestically in the United States, in China, and also in third countries where their higher costs mean that they’re less competitive with alternative sources of supply.

Dr. Liang Hong, Head of Research, Member of the Management Committee, China International Capital Corporation:
I think one immediate negative impact on global trade flows, but more on global CAPEX spending because of the uncertainty it has created. A lot of companies including multinationals [in the U.S.] have slowed down their CAPEX spending in light of the uncertainty. But I think overtime where the impact is underestimated is how quickly import substitution is happening in China, and that actually is, again, not great news for multinationals and U.S. companies outside of China. And also seeing the average tariff rate going up and what medium-term and long-term effect that will have for the U.S. economy. So again, unintended consequences, one year after the trade war really started, people are starting to scratch their heads looking at all these unintended consequences.

Dr. Stephen Roach, Senior Fellow, Jackson Institute for Global Affairs, Yale University; Former Chairman, Morgan Stanley Asia:
We’re trying to solve the trade deficit problem the U.S. has with china and really not appreciating the fact that the U.S. has trade deficits with 102 countries because of problems of our own. We don’t save enough, and so even if we were to perfectly fix and eliminate the Chinese trade deficit we would still have big trade deficits with over 100 countries around the world and the Chinese piece would shift to other countries. It would not solve the problem for American manufacturing companies, for workers, and for middle-class families.

Dr. Catherine L. Mann, Global Chief Economist, Citi:
One thing most people don’t understand about the trade war is that it has global implications. There’s no such thing as a bilateral trade war, there’s no such thing as a trade war that only affects certain industries. This is a trade war that has significant implication for all countries and all industries and even if there may be a few winners from those protected by tariffs, they are losers in the more general sense because the global economy grows more slowly in the context of a trade war.

Dr. Huang Yiping, Professor and Deputy Dean, National School of Development, Peking University:
Normally people look at the cost of tariffs which basically means if you impose a tax or tariffs your imports into the U.S. will become more expensive and that will hurt Chinese exports so it’s bad for growth, but I think the most significant impact is actually from policy uncertainty. So sometimes when both sides are talking you don’t know if there will be tariffs or there will not be tariffs, higher tariffs or lower tariffs. The damage that policy uncertainty causes is that investors don’t know what to do, so often they will hold on and they don’t invest. That’s why it will seriously affect economic activity. The Federal Reserve Bank actually did a study last year and they show the increases in policy uncertainty in association with the trade tensions between the U.S. and China could potentially cut global GDP growth by 1% point, so I would say policy uncertainty is probably the most damaging channel for economic activity. 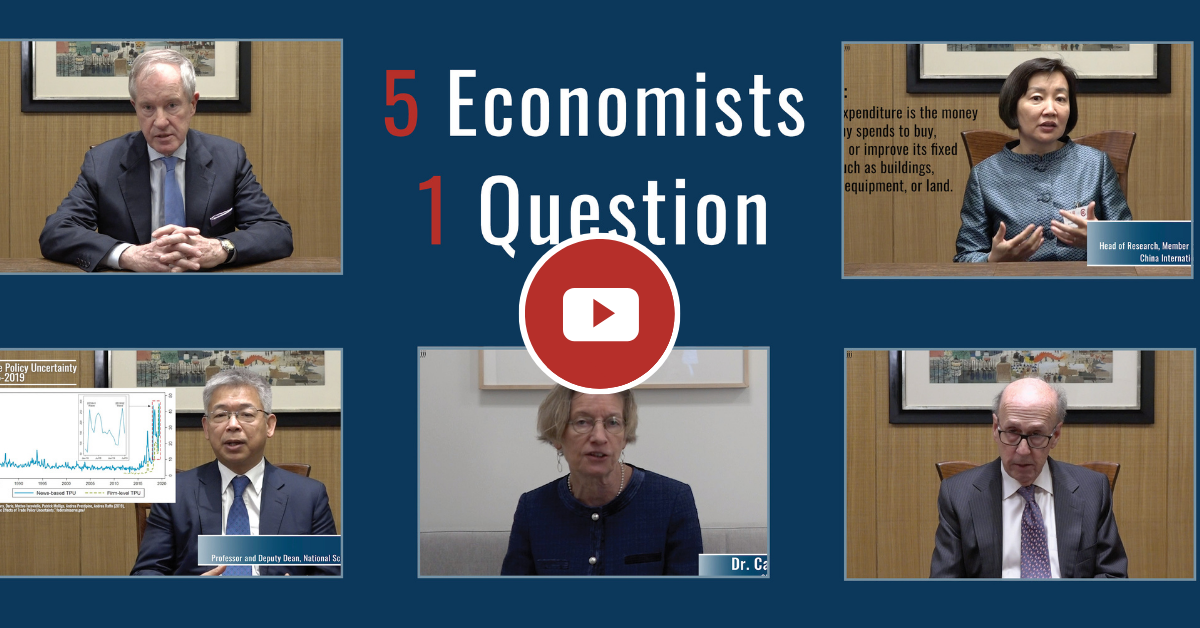 VIDEO: Leading American and Chinese economists answer one question: name one way the U.S.-China trade war has affected the American economy and global trade over the past two years.