The United States and China have historically maintained an organic relationship of exchange in the tech world: sharing financial capital, professional talent, innovative research and ideas. At the same time, individual companies have competed for dominance in each other’s and global markets. Yet as cases like Huawei have shown, in recent years Washington has chosen to increasingly restrict and monitor the tech industry’s ties to China, in an effort to contend with Beijing’s own involvement within this field. In this episode of U.S.-China Insights, expert Matt Sheehan explains the collaborative and competitive nature of the U.S.-China tech relationship, and how it will be affected by attempts to ‘securitize’ and even decouple the tech sector.

On September 10, 2019, Matt Sheehan delivered a book talk at the National Committee, during which he examined the varied, broad, and deep ties between the state of California and China to illustrate what is happening on the ground beyond the power centers of Beijing and Washington.

Matt Sheehan is a fellow at the Paulson Institute’s think tank, MacroPolo, where he leads the team’s work on U.S.-China technology issues, specializing in artificial intelligence. Based in Oakland, he was formerly the China correspondent for The WorldPost. From 2010 to 2016, Mr. Sheehan lived and worked in Xi’an and Beijing. He then moved back to the Bay Area to work as an analyst, consultant, and writer on topics connecting China and California. In 2018, he was selected as a finalist for the Young China Watcher of the Year award.

How has the deterioration in overall U.S.-China relations affected the technology sector?

Matt Sheehan: I would say the deterioration in overall U.S.-China relations is in some way driven by the tech world, or it is driven by Washington, D.C. and Beijing’s approach to the tech world. We had a period of time when both these tech ecosystems in Silicon Valley, and in China—in Hangzhou and Beijing and Shenzhen—they were allowed to have very deep integration at a bunch of levels. I think a lot of the deterioration at the national level has come from a realization that in this period of time, in the last five or ten years, China’s made a lot of strides in catching up with the U.S. in certain industries, in certain high-tech industries. The surprise at that is what has in many ways led to parts of the current backlash. It’s not just about trade and tariffs, it’s about the kind of technologies that are going to be shaping the future. So, I think of technology as both a source of the tensions and then something that is affected by those tensions.

How is the U.S.-China tech relationship collaborative, and how is it competitive?

Sheehan: I would say that for many years, even decades, we’ve had a very collaborative technology relationship with China. A lot of it has been in the flows of people and the flows of money and the flows of ideas. In terms of people, Silicon Valley has for decades run on immigrant engineers, immigrant entrepreneurs, and China’s always been a big source of that. And then U.S. tech companies have gone to China to set up research labs like Google’s AI research lab, Microsoft’s research lab in Beijing. And just in the last five, ten years, the Chinese companies have returned the favor and set up their labs here in Silicon Valley, their labs in Seattle. So, at this level of people and research, it’s very, very intertwined, or it has been historically. There’s also a lot of cross-pollination in terms of investment.

Maybe one of the newest phenomena is the way that the two sides learn from each other in terms of ideas. For a long time, China’s very much looked to Silicon Valley for ideas about what the products and services are that tech companies should build. Sometimes they’ve even copied those products and services. But it’s just in the last five years or so that U.S. companies are starting to look to China, look to apps like WeChat for inspiration and for guidance on how to design maybe a mobile-first or a seamless mobile payments ecosystem. At all levels, this kind of collaboration or cross-pollination has been going on.

And I think the competition, in many ways, the companies don’t directly compete with each other in each other’s markets anymore. Most Silicon Valley companies are either blocked in China or they have been beaten out of the market by competitors. The Chinese companies don’t really have a foothold here in the U.S. Where they do compete is in third-country markets. So, places like India, Brazil, Indonesia, you’ll see Uber and DiDi competing for who gets that market. Sometimes DiDi will just invest in or acquire a local rival, an Indian, say, company or an Indonesian startup and do battle with Uber that way. Or sometimes it’s done at more of a distance. But we compete in third-country markets and I’d say there’s a certain level of competition, particularly when it comes to how cutting-edge research is going to be applied to governmental and even military applications. Those are areas where the countries are clearly involved in competition, despite the deep integration.

How do the American and Chinese governments shape transpacific business and tech innovation?

Sheehan: For much of the history of China and Silicon Valley, the ways that the governments were involved have been very lopsided. The United States government has generally taken a very hands-off approach, a sort of laissez-faire approach, to allowing most companies to come in and compete, Chinese talent to come into the U.S., and Chinese money to flow into the U.S.

The biggest change in the last year or so has been the U.S. government beginning to take an approach that much more closely mirrors the Chinese approach. Seeing technology as an issue of national interest, of national security, and something that should be regulated in a very hands-on approach. So, cutting off the flows of money into Silicon Valley, cutting off the flows of talent to a certain extent, and trying to get in the way of some of the research collaborations that have defined this in the past, by making it harder for U.S. companies to either set up labs over there or Chinese companies to set up research institutes over here. So, we’re seeing the two governments in some way become more aligned in the way that they interact with these flows.

Would a ‘decoupling’ between the U.S. and China be feasible in the tech sector?

Sheehan: I think there are a lot of areas of decoupling that are feasible and are already happening. Stopping the flow of money, of investment. They discovered that it’s not that hard to basically cut off Chinese venture capital investment into Silicon Valley, in some ways by upping the restrictions on this, and even if those restrictions themselves don’t stop all the money from flowing in, companies and startups in the U.S. become very wary of accepting Chinese money. And so we’ve seen those flows just fall off a cliff. So, I’d say that kind of financial decoupling between the ecosystems has been very stark.

In terms of the flow of people, we’ve also seen certain measures have an impact when it comes to granting visas for Chinese students in STEM programs or granting work visas for Chinese people working in Silicon Valley. Those have definitely had an effect, but it’s been a much more muted or blunted effect compared with the financial side.
In terms of the flows of ideas, there has been more of an attempt to sort of pull apart these research partnerships, and I think that that will have a major impact. But also, a lot of this exchange of ideas happens either in open academic contexts or just openly published online in different formats. So I think, of the three, that one will be the hardest to truly disentangle or truly decouple of the two ecosystems.

What is one specific area in the tech field that will depend on collaboration between the U.S. and China?

Sheehan: Moving forward, allowing American and Chinese AI researchers to continue to have communication on critical issues that relate to safety and security of these systems. As AI becomes more powerful and more capable of doing more tasks, it is going to be increasingly important that we know what these AI systems are doing, that we are able to guarantee that they are sort of correctly following out on what we want them to and that they always remain sort of verifiable and controllable and explainable. So that’s a broad area that’s called AI safety. And one of my hopes is that even if we do end up decoupling much of the research ecosystem, that when it comes to academic conferences or open exchanges, that the two sides still are able to share best practices in this area and communicate with others such that the protocols are put into place that ensure safety wherever these AI systems are deployed. 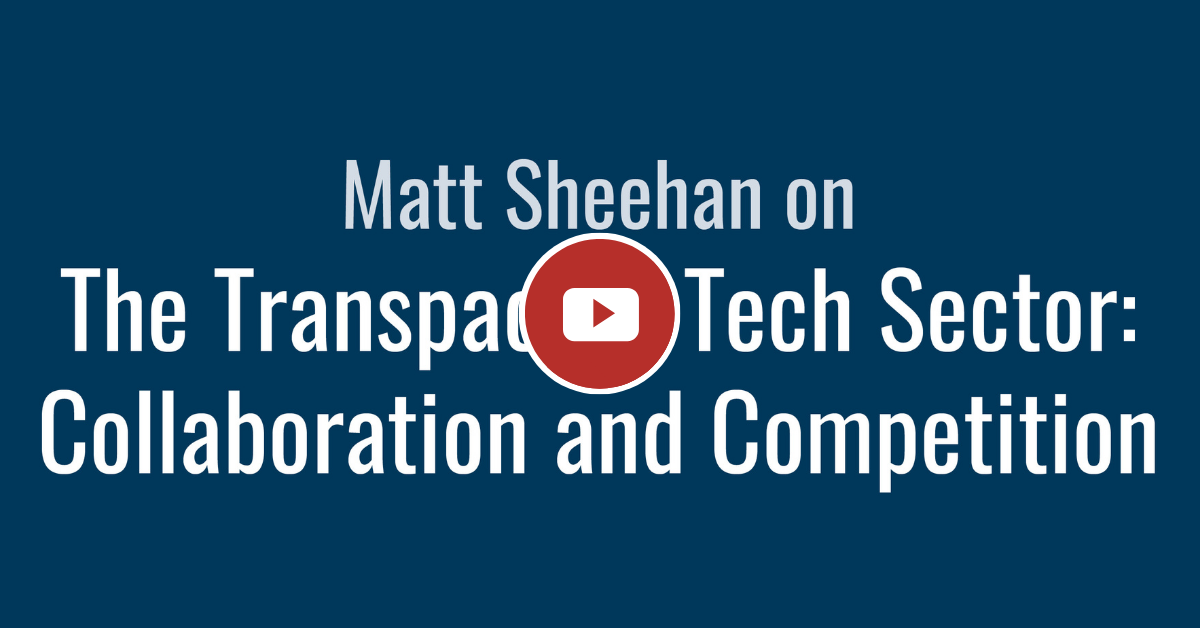 VIDEO: Matt Sheehan explains the collaborative and competitive nature of the U.S.-China tech relationship, and how it will be affected by attempts to 'securitize' and even decouple the tech sector.