The U.S.-China relationship is arguably at its most fraught since Richard Nixon’s overtures to the PRC fifty years ago, with challenges in many realms including the economic, political, ideological, and military. Is it possible to forge a path forward that recognizes the need for cooperation in areas critical for the planet, such as climate change and nuclear proliferation, while managing intense competition in other fields?

The National Committee held its annual members program on May 24, 2022 featuring four National Committee directors, Paul Haenle, Ben Harburg, Elizabeth Knup, and Nancy Yao, who considered the past, present, and future of the bilateral relationship from the perspectives of business, think tanks, foundations, and cultural institutions.

Paul Haenle holds the Maurice R. Greenberg Director’s Chair at Carnegie China and is currently based in Singapore as a visiting senior research fellow at the East Asian Institute, National University of Singapore. Since 2018, Mr. Haenle has been a director of the National Committee on U.S.-China Relations. Previously, Mr. Haenle served as China director on the National Security Council under former Presidents George W. Bush and Barack Obama. Before that he was special assistant to National Security Advisors Condoleezza Rice and Stephen Hadley.

Trained as a China foreign area officer in the U.S. Army, Mr. Haenle was posted to the U.S. embassy in Beijing, served in Korea, and worked in the Pentagon as an adviser on China, Taiwan, and Mongolia affairs on the staff of the chairman of the Joint Chiefs of Staff. Mr. Haenle received his M.A. from Harvard University, and B.S. from Clarkson University.

Ben Harburg is a managing partner at MSA Capital, a global investment firm with over $2 billion in assets under management. Mr. Harburg is based in Beijing and leads global investments. He has over 14 years investment and operations experience in the United States, Greater China, Southeast Asia, the Middle East, and Africa. He started his career with the Boston Consulting Group.

Mr. Harburg was a Fulbright scholar at Freie Universität Berlin and a Neubauer Scholar at Tufts University, from which he graduated with a B.A. in international relations. He serves on the board of directors of the National Committee on U.S.-China Relations and the Asian Cultural Council. He is also a member of the board of advisors of the School of Arts and Sciences at Tufts University and the Carnegie-Tsinghua Center.

Elizabeth Knup has served as the regional director and chief representative, China for the Ford Foundation since 2013, overseeing the foundation’s grantmaking related to China and operations in the country.

Ms. Knup moved to China in 1998 to be the American co-director of the Hopkins-Nanjing Center for Chinese and American Studies, after ten years at the National Committee on U.S-China Relations (NCUSCR). Prior to joining the Ford Foundation, she spent 11 years in the private sector as president of Pearson Education, China; chief representative in China for the Pearson Group; and managing director, Kamsky Associates.

She received her B.A. from Middlebury College, and her M.A .from the University of Michigan. Ms. Knup is a director of the National Committee. She has served on the boards of numerous nonprofits including the Institute for Sustainable Communities, the Lingnan Foundation, the Capacity Building Assessment Center, and the Global Environment Institute.

Nancy Yao has served as the president of the Museum of Chinese in America (MOCA) since 2015. Prior to joining MOCA, Ms. Yao was the executive director of the Yale-China Association. She began her career at the Council on Foreign Relations as a research associate for Asia and then spent the next decade in finance at Goldman Sachs (Asia) LLC and the Center for Finance and Research Analysis. She is a lecturer on governance at the David Geffen School of Drama at Yale. Ms. Yao serves on the board of the Tessitura Network and several abrdn-managed closed end funds. She is a board member of the National Committee on U.S.-China Relations and a member of the Council on Foreign Relations.

Ms. Yao received her MBA from the Yale School of Management and her A.B. in diplomacy and world affairs at Occidental College. 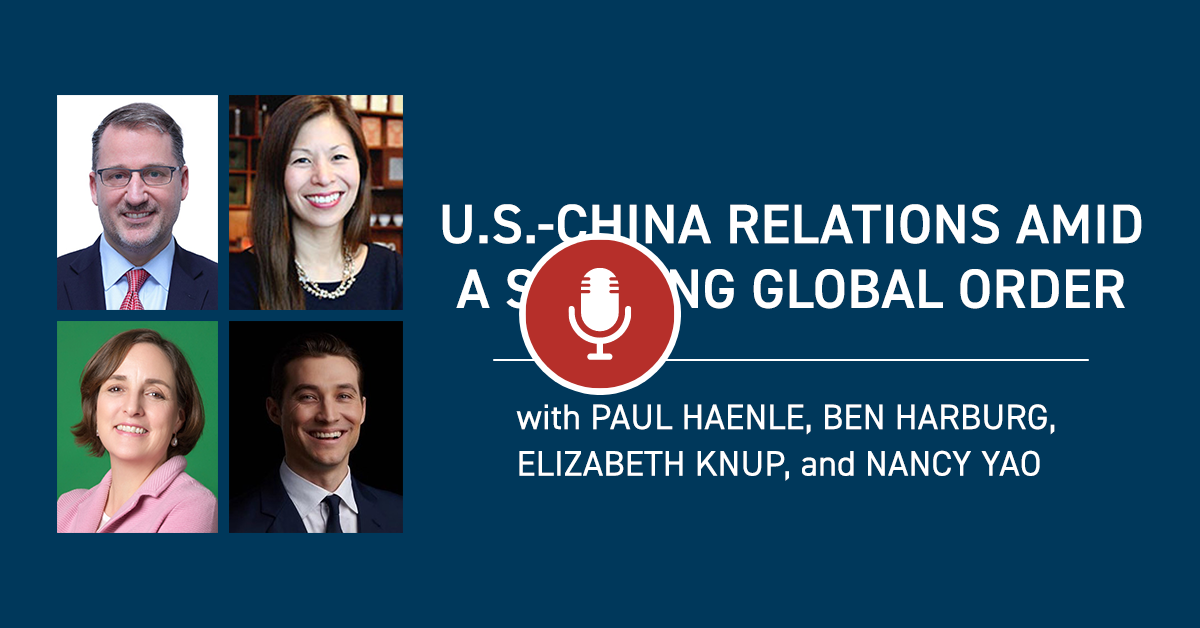 PODCAST: National Committee Directors consider the past, present, and future of U.S.-China relations. 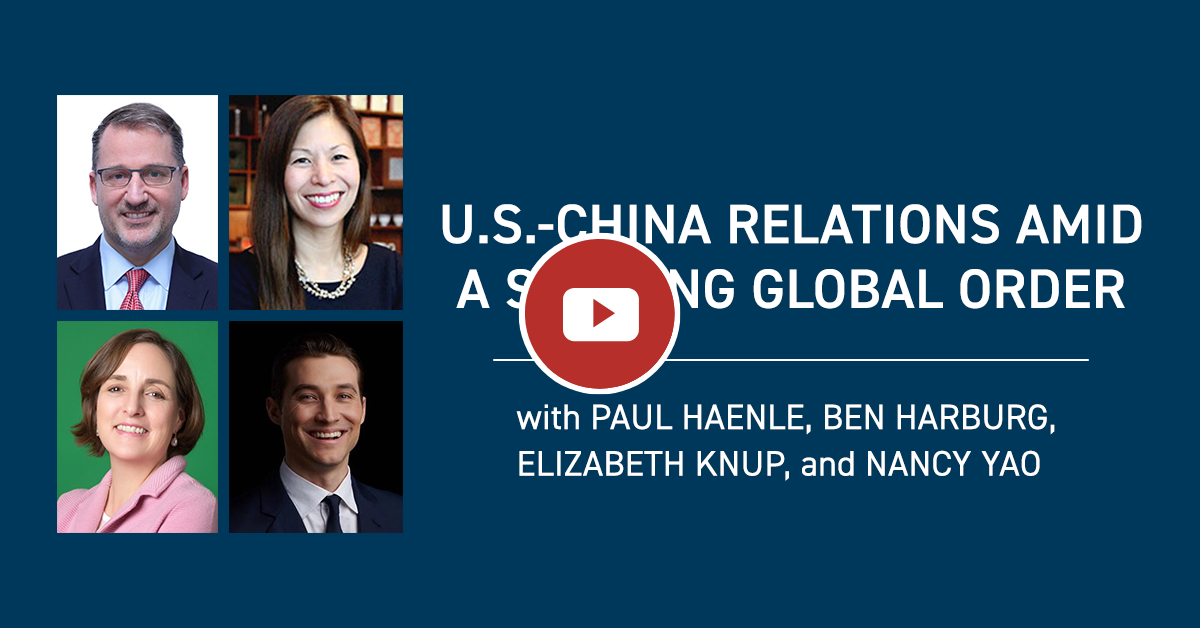 VIDEO: National Committee Directors consider the past, present, and future of U.S.-China relations.