In 1971, an American and a Chinese ping pong player exchanged gifts following a chance encounter on the Chinese national ping pong team’s bus during a competition in Japan. After this unlikely interaction, the U.S. national table tennis team was invited to China; the athletes and their entourage became the first American group to travel to the country in decades. One year later, the National Committee on U.S.-China Relations organized a visit of the Chinese table tennis team as it traveled across the United States. And so “Ping Pong Diplomacy” began.

On April 28, 2021, the National Committee hosted a virtual celebration of the 50th anniversary of ping pong diplomacy. Ms. Jan Berris, vice president of the National Committee who accompanied the Chinese ping pong delegation on its travels; Ms. Judy Hoarfrost, a former United States table tennis champion who visited China with the U.S. team; and Dr. Doug Spelman, a retired foreign service officer and academic who served as an interpreter for the Chinese team discussed ping pong diplomacy – how it came to be, its historical and political context, and its significance then and now. The conversation was moderated by Mr. Alex DeAngelis, a staff member at the Committee on Scholarly Communication with the People’s Republic of China for much of the 1970s, who then moved to the National Science Foundation, based in Washington and Beijing.

Jan Berris, vice president of the National Committee on U.S.-China Relations, took what she thought would be a one-year leave of absence from the Foreign Service (where she had served in Hong Kong and Washington) to work at the Committee on the historic visit of the 1972 Chinese Ping Pong Team. Fifty years and 165+ visits to China and countless trips around America with Chinese delegations later, she is still at the Committee and responsible for overseeing all of its program activities. Ms. Berris has a B.A. in Chinese studies (University of Michigan, June 1966) and an M.A. in Japanese studies (University of Michigan, June 1967). She speaks Chinese, Hebrew, and Spanish – in descending levels of fluency. Ms. Berris has contributed chapters to several books on China and has written articles for various publications.

Judy Hoarfrost was a member of the U.S. national table tennis team for a decade, representing the United States in numerous world championships and international competitions. She was on the “Ping Pong Diplomacy” team in 1971 when it toured China. Ms. Hoarfrost was a U.S. junior champion many times, two-time U.S. senior champion, a three-medal winner at the Pan Am Games, and two-time Oregon champion. Ms. Hoarfrost has spent her lifetime promoting the sport of table tennis and has conducted hundreds of table tennis exhibitions and clinics. Ms. Hoarfrost was inducted into the USA Table Tennis Hall of Fame, as well as the Oregon Sports Hall of Fame. She is the owner of Paddle Palace Table Tennis Company.

Douglas Spelman is a senior fellow and former deputy director of the Kissinger Institute on China and the United States at the Woodrow Wilson International Center for Scholars in Washington, D.C. He began his career as an interpreter for the visit of the Chinese ping-pong team to the United States in 1972. He then taught Chinese history at Bucknell University and managed educational exchange programs in Taiwan and Hong Kong, before joining the United States Foreign Service in 1977. Dr. Spelman served in Hong Kong, Beijing, Kuala Lumpur, Singapore, Taipei, and in Shanghai as consul general, retiring in 2007 with the rank of minister counselor in the senior foreign service. Dr. Spelman received his B.A. in religion from Oberlin College and his M.A. and Ph.D. in history and East Asian languages from Harvard University.

Alex DeAngelis began working on U.S.-China scientific cooperation in 1973 as a staff member at the Committee on Scholarly Communication with the People’s Republic of China (CSCPRC). His first Chinese delegation, a group of hydrotechnical experts, spent 56 days in the United States visiting relevant facilities throughout the country. His first trip to China, in 1973, was with the U.S. Early Childhood Development Delegation. Following the 1979 establishment of diplomatic relations between the two countries, Mr. DeAngelis moved to the National Science Foundation and set up the NSF-China Program. He retired in 2010 after two years as director of the Foundation’s Beijing Office. He has watched China develop from a country in the throes of the Cultural Revolution to the ultra-modern nation of today, and has observed bilateral relations from the perspectives of people-to-people and government exchanges.

“Ping-Pong Diplomacy and U.S.-China Relations: The Game and the Players that Changed the Course of History” by Mike Hodgkinson

“Fifty Years on, we Could Learn Still from U.S.-China ‘Ping-Pong Diplomacy” by Robert Hormats

Chinese Table Tennis Delegation in U.S.A., a documentary from the Rockefeller Archive Center 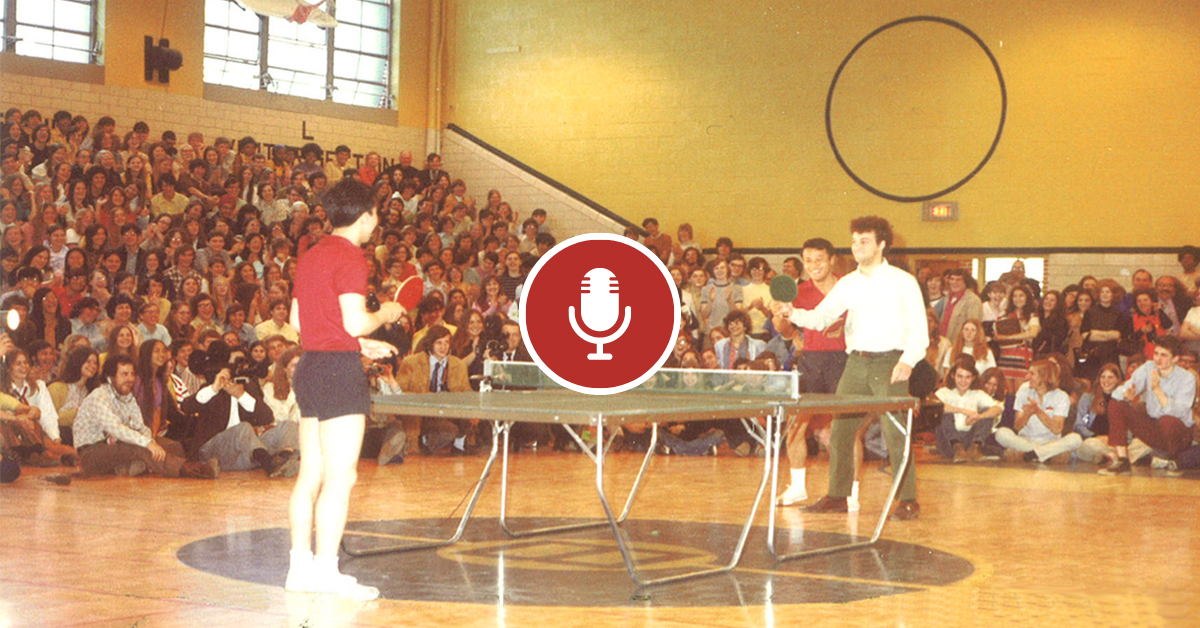 Celebrate the 50th anniversary of Ping Pong Diplomacy with the National Committee on U.S.-China Relations. 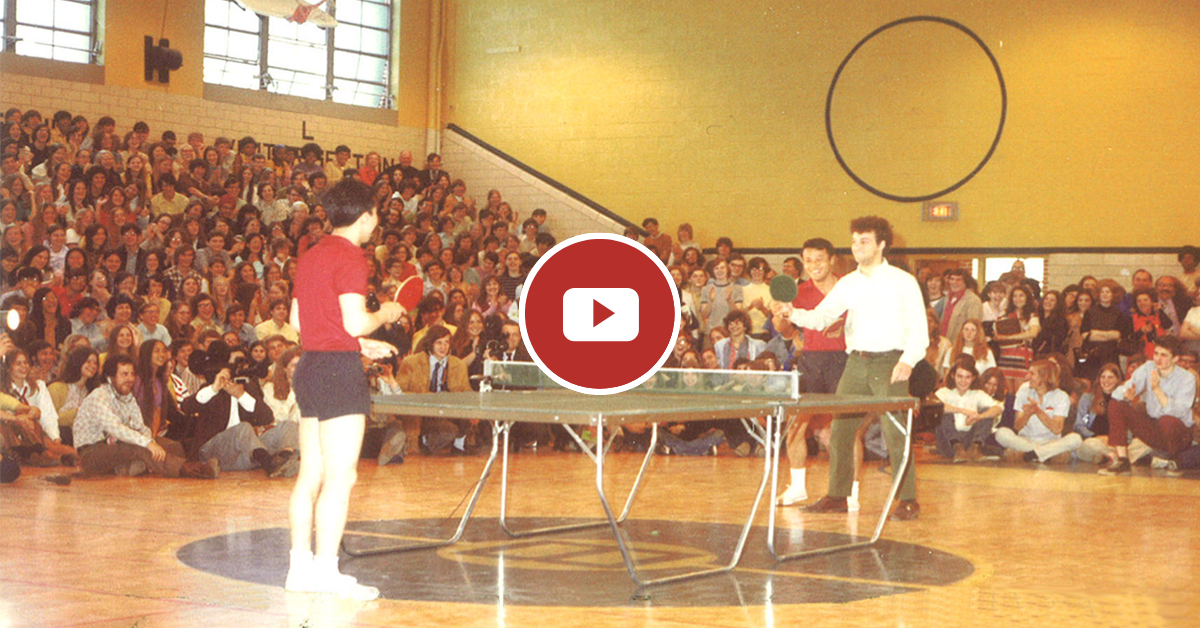 VIDEO: Celebrate the 50th anniversary of Ping Pong Diplomacy with the National Committee on U.S.-China Relations.