Hailed as the “architect of victory” over the Axis Powers in the Second World War by Winston Churchill, and widely credited with devising the program to spur European recovery and limit Soviet expansion at the start of the Cold War, George Marshall’s impact on geopolitics was enormous, shaping U.S. foreign policy even today. Often missed, however, is another challenge he was asked to take on: to broker a peace deal between the Chinese Nationalists and Communists, build a democratic state in China, and prevent a communist victory.

Just one day after his retirement from the Army in 1945, President Truman called General Marshall to ask him to travel to China in what would be his first battle of the Cold War. In his new book, The China Mission: George Marshall’s Unfinished War, author Daniel Kurtz-Phelan describes in detail the complicated negotiations and colorful cast of characters Marshall encountered during his 13-month mission. Mr. Kurtz-Phelan discussed his book, and the impact Marshall’s experience in China would have on domestic U.S. politics and American foreign policy for decades to come, with the National Committee on June 21, 2018.

Daniel Kurtz-Phelan, who became executive editor of Foreign Affairs in October 2017, was previously a fellow with New America’s international security program. Before that, he was a senior fellow at the Centre for Policy Research in New Delhi and a senior advisor to the Woodrow Wilson International Center for Scholars. From 2010 to 2012, Mr. Kurtz-Phelan advised Secretary of State Hillary Clinton as a member of her policy planning staff. He was also a speechwriter for Secretary Clinton, and a foreign policy advisor during her 2008 presidential campaign. His writing has appeared in publications including The New York Times, The Washington Post, and The New Yorker. He is a graduate of Yale University. 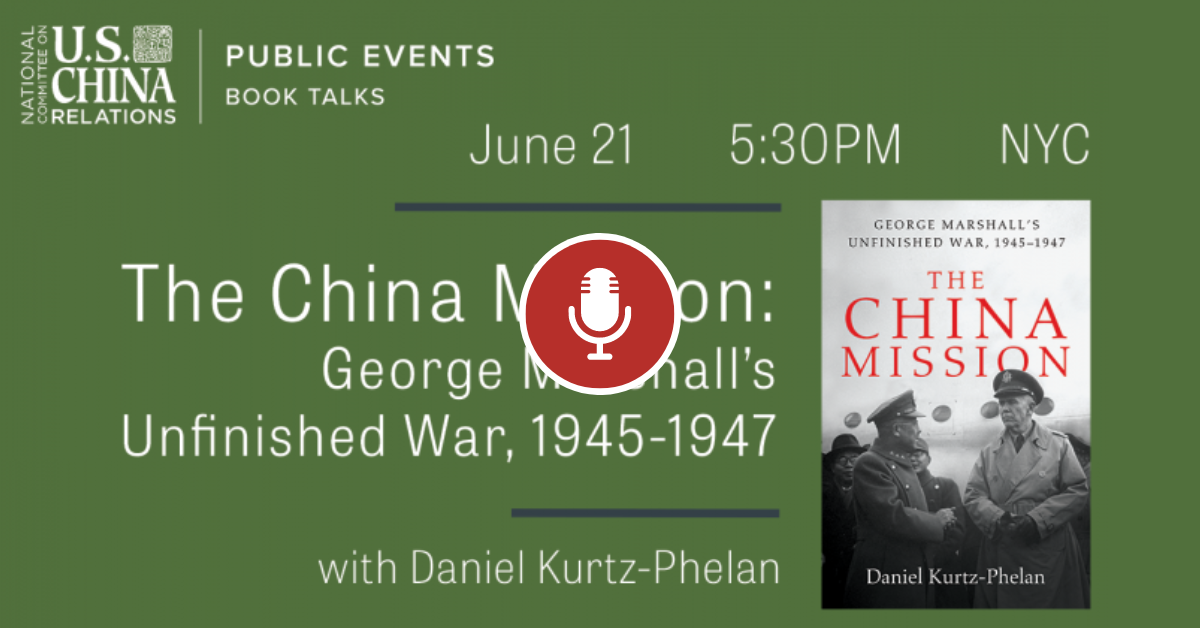 PODCAST: Daniel Kurtz-Phelan discusses his new book and the impact of General Marshall's mission to China on American domestic and foreign policy. 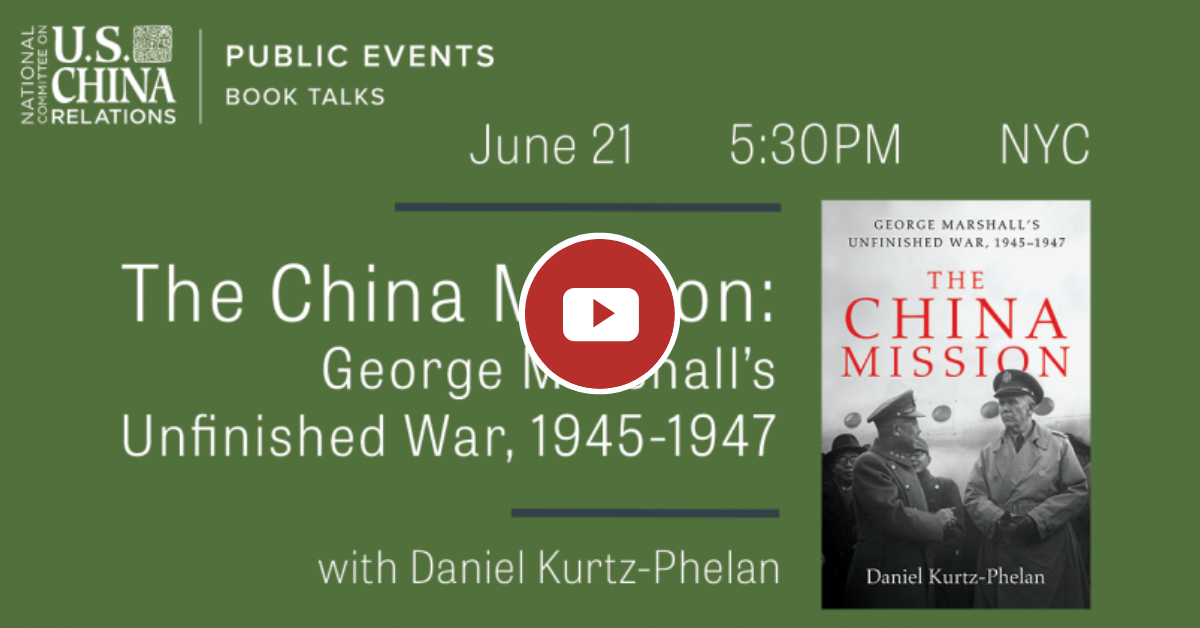 VIDEO: Daniel Kurtz-Phelan discusses his new book and the impact of General Marshall's mission to China on American domestic and foreign policy.