The two sponsors of the Strategic Competition Act (S. 1169), Senator Robert Menendez (D-NJ) and Senator James Risch (R-ID), chairman and ranking member of the Senate Foreign Relations Committee, respectively, hailed committee passage of the legislation on April 21, stating that the bill “is an unprecedented, bipartisan effort to mobilize all United States strategic, economic, and diplomatic tools for an Indo-Pacific strategy that enables the U.S. government to compete effectively with the People’s Republic of China and the challenges it poses to our national and economic security for decades to come.” By contrast, Dr. Michael Swaine of the Quincy Institute for Responsible Statecraft sees the legislation as a dangerous “de facto declaration of a cold war with the People’s Republic of China.”

In an interview conducted on May 27, 2021, Dr. Michael Swaine and Dr. Rachel Odell discussed the Strategic Competition Act and its implications for U.S.-China relations.

Rachel Esplin Odell is a research fellow in the East Asia Program at the Quincy Institute for Responsible Statecraft and an expert in U.S. strategy toward Asia, Chinese foreign policy, and maritime security. She is directing a project to develop a roadmap for how the United States can restructure its military force posture in the Asia-Pacific region to be more stabilizing, resilient, and cost-effective, with a report forthcoming in fall 2021. She previously worked at the Carnegie Endowment for International Peace and the Office of the U.S. Trade Representative. Dr. Odell received her doctorate in political science from MIT, and her bachelor’s degree in East Asian studies from Harvard.

Michael D. Swaine is director of the East Asia program at the Quincy Institute for Responsible Statecraft. Formerly a senior fellow at the Carnegie Endowment for International Peace for nearly 20 years and before that a senior policy analyst at the RAND Corporation, Dr. Swaine is a specialist in Chinese defense and foreign policy, U.S.–China relations, and East Asian international relations. He has written and edited more than a dozen books and monographs and many journal articles and book chapters in these areas, directs security-related projects with Chinese partners, and advises the U.S. government on Asian security issues. Dr. Swaine received his M.A. and Ph.D. in government from Harvard University. 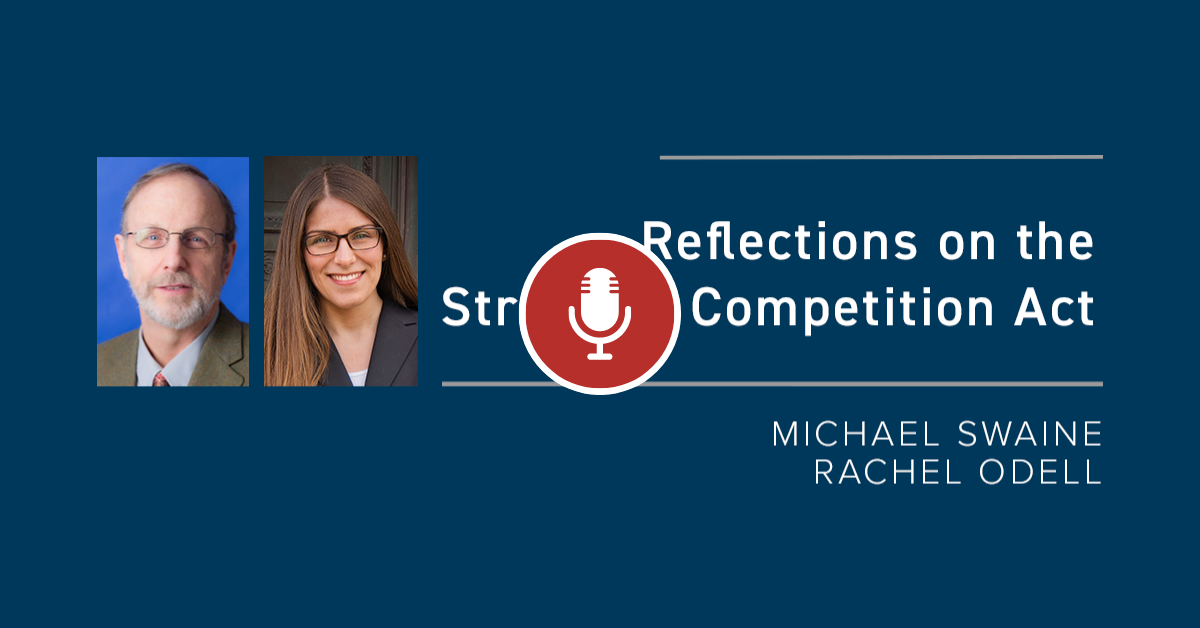 Reflections on the Strategic Competition Act

Michael Swaine and Rachel Odell discuss the significance of the Strategic Competition Act and its potential impact on U.S.-China Relations 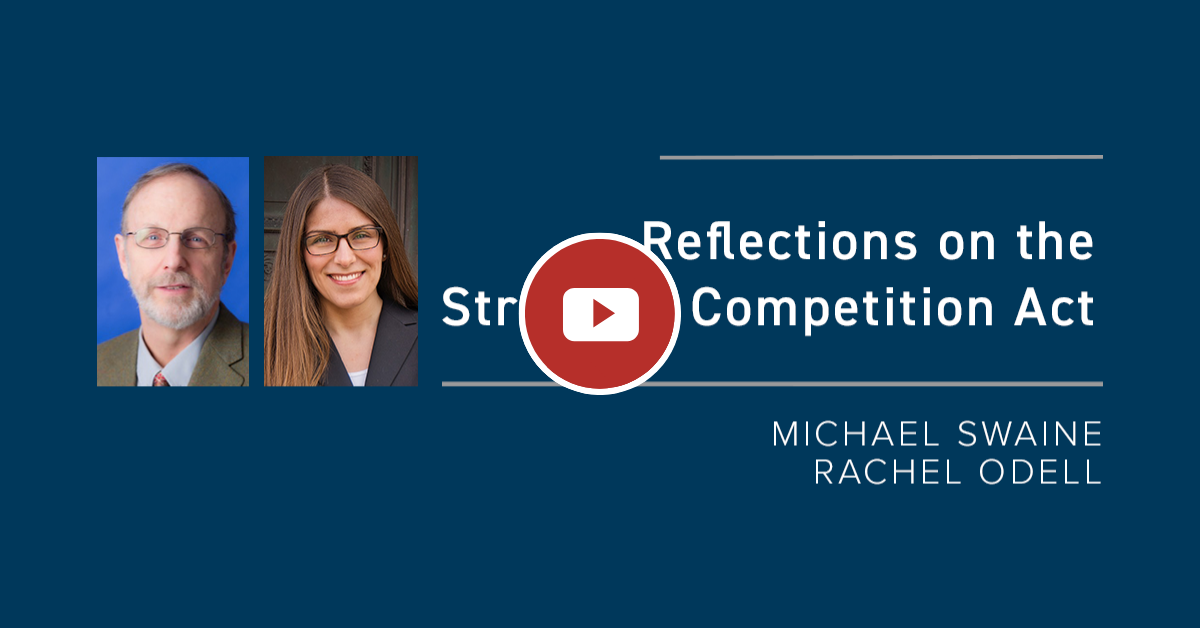 Reflections on the Strategic Competition Act

VIDEO: Michael Swaine and Rachel Odell discuss the significance of the Strategic Competition Act and its potential impact on U.S.-China Relations.