The Pew Research Center has been polling American adults on their perceptions of China since 2005. The latest report, based on interviews conducted in March 2020, shows that growing numbers of Americans have become increasingly negative about China. Republicans were more negative than Democrats, older Americans more negative than their younger counterparts, and holders of college degrees more negative than their less educated peers, but unfavorable ratings have climbed across the board. Approximately two-thirds of all Americans, regardless of demographic or party affiliation, have an unfavorable view of China, up 20 percentage points since the beginning of the Trump administration. For the first time, more than half of Americans between the ages of 18 and 29 held unfavorable views of China. Almost nine in ten Americans see China’s power and influence in the world as a threat, with 62 percent saying that it is a “major threat.”

The National Committee held a virtual program on May 14, 2020, with Pew Research Center Senior Researcher Laura Silver to discuss the study’s findings.

Below are the five key takeaways from her presentation.

Laura Silver is a senior researcher at Pew Research Center. She is an expert in international survey research and writes about international public opinion on a variety of topics, including media usage and partisanship in Europe, Chinese public opinion, and global attitudes toward China. She is involved in all aspects of the research process, including designing survey questionnaires and sample designs, managing fieldwork, processing and analyzing data, and writing reports.

Prior to joining Pew Research Center in 2017, Dr. Silver was a foreign affairs research analyst at the U.S. Department of State Office of Opinion Research where she designed and implemented surveys in multiple countries in East Asia. Dr. Silver received a dual Ph.D. from the Annenberg School for Communication and the political science department at the University of Pennsylvania where her work focused on American public opinion of China, particularly in the context of presidential elections. She received her B.A. from Wesleyan University. Her work has been published in journals such as the International Journal of Public Opinion Research and International Studies Quarterly.

A March 2020 survey of American views of China conducted by the Pew Research Center shows an increase in negative perceptions of China. 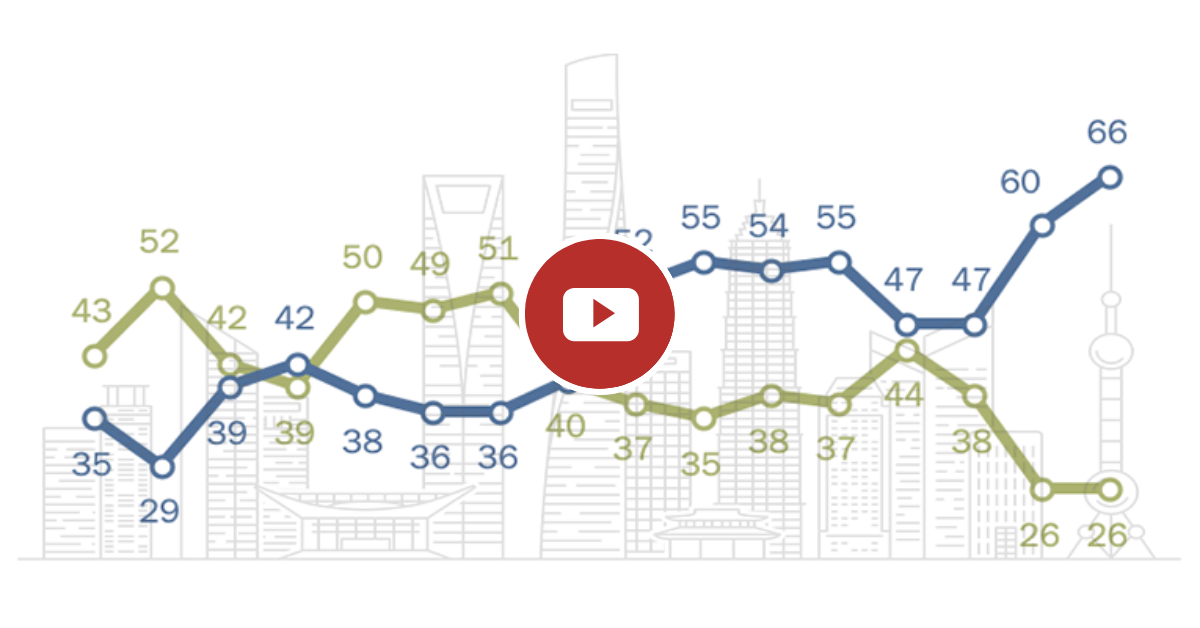 VIDEO: A March 2020 survey of American views of China conducted by the Pew Research Center shows an increase in negative perceptions of China.