Tesla has proven that U.S. car companies can succeed in China—when they sell electric. But what will it take for the traditional auto industry to meet the demand for new energy vehicles in China and compete with local startups? Tu Le of Sino Auto Insights analyzes U.S.-China collaboration and interaction as a driving force behind the ascending global electric vehicle market.

Tu Le is the founder and managing director of Sino Auto Insights. He is recognized as an automotive and mobility expert in Asia, having spent time living and working in Detroit, Silicon Valley, and China.

Tu Le is founder and managing director at Sino Auto Insights, a Beijing-based consultancy that helps organizations bring innovative and tech-focused products and services to the transportation and mobility markets. Tu’s weekly newsletter is a must read for anyone in Asia or the US that follows the mobility sector. He is recognized as an expert in the mobility space by respected media outlets such as CNN, Business Insider, The Straits Times, The Economist, WIRED, TechNode, the Financial Times and others.

Tu previously spent time at GM, Ford and Apple in Michigan and Silicon Valley as well as China based startups. He has a B.A. from Michigan State University and an M.B.A. from Carnegie Mellon University.

Can interaction between the Chinese and American electric vehicle industries have positive outcomes for both countries?

Tu Le: I’ll give you two examples. First is the Lixiang IPO, IPO in the U.S, and the Nasdaq. There’s obviously still a lot of interest in the U.S market for electric vehicles and I think Lixiang took advantage of that.

That’s a prime example, but this tells me that Lixiang is looking at the U.S market as an important growth market for them as well, right? Or they may have IPO’d in Hong Kong or Shanghai, otherwise. Another example is Tesla working with CATL to develop a million-mile battery, I think that’s going to be launched in the next 12 or 14 months. And it’s going to be part of the Model 3 locally built here in China. So I think there’s a lot of instances of collaboration and technology and innovation.

Actually, I’ll bring up one more quick one. The fact that Tesla is extremely successful in China is a good example of an American company doing very well in the China market. And when I say extremely well, they’re selling their vehicles at a three to one clip versus the Chinese electric vehicle (EV) startups. So, I think those are great examples of how the U.S and China are working together to bring innovative products and brands across borders.

Why has Tesla succeeded in China so far?

Le: I think it’s similar to what’s going on in the United States, I think it’s a combination of compelling product, great branding, and admiration for Elon [Musk]. They’ve been in the market for 17 years and so the branding has been able to marinate and all the growing pains that the EV startups here in China and the original equipment manufacturers (OEMs) are going through, you know, the increased use of software and digital hardware in the vehicles is a really, really big pivot for a lot of the traditional OEMs. And so all these growing pains, Tesla’s already gone through, and so they have their foot on the gas, they’re completely being aggressive with opening Gigafactories and introducing new vehicles.

They’ve gone from very little product to a lot of product in a short period of time. And their footprint, their manufacturing footprint has gone from only in the United States, to China, in the United States, and then to Europe, probably within three, four years. So their moves are putting a lot of pressure on the sector, and the traditional automakers and EV startups to stay on their toes.

Is Tesla the exception to the rule, or does it signal potential for other U.S. electric vehicle manufacturers to succeed in China?

Le: I’m going to layer this into two answers. One is separating out the startups with the traditional OEMs. I think startups have a clean slate, they don’t have any positioning in the market. So if they’re able to quickly enter the market with a product and take positioning, then they also see sort of success that Tesla has. I think there’s an umbrella that Tesla is offering other EV automakers that is really if you’re able to use it, very helpful, right? The challenge for Chinese EV automakers is that every new EV automaker is a “Tesla killer”, right? And I think that really does them a disservice because again, we’re talking 17 years in the market versus 12 to 14 years.

Now, the second part of my answer is for the traditional OEMs, the traditional OEMs I think it’s going to be much harder for them to convince the consumer that, we built internal combustion engine vehicles really well for the last 100 years. And we’re all of a sudden gonna pivot within a five-year timeframe and switch out all of our internal combustion engine vehicles to EVs, and be experts and great at the hardware and the software integration. It’s not only a marketing in a market challenge that these traditional OEMs have, but it’s also a real resource challenge because the current skill sets that their employees have is not what’s going to make them successful in the future building EVs. The traditional OEMs are moving a bit slowly on making these tough decisions to really pivot their businesses to begin the process of becoming that software and technology company.

Beyond Tesla, how has the electric vehicle industry performed in China in 2020 versus traditional internal combustion?

Le: So both were a bit slower over the past year, because of the trade war and slowing economies in both China and the United States. And then in June of 2019, the subsidies were reduced by over 50%. And that’s when the EV sector really, the demand for EVs really fell off a cliff. And they’ve been struggling up until that point. And then in January, of course, COVID-19 happened. And so what we’re seeing now over the last month, month and a half, is a bit of a recovery in both the ICE sector and the EV sector for China. So I think it’s starting to dig itself out of the hole over the last 12 or 14 months that it’s been digging itself in.

In 2019, China cut its state subsidies for electric vehicle manufacturers by 50%. Will the government continue to withdraw financial support from this sector?

Le: My opinion is that prior to COVID, the Chinese government thought they had done a pretty decent job of igniting the new energy vehicle (NEV) sector here in China. They’re at, I think 2019 is 1.1 million vehicles sold in the NEV sector. And they saw the opportunity to kind of back away and let the private sector kind of take the baton and get that growth going, especially when companies like Volkswagen and GM are looking at making announcements of switching capacity, Chinese manufacturing capacity to dedicating that to EVs. You really see this transition, or this transition starting to happen, and so I don’t see the Chinese government putting more subsidies in place. But what they did do because of COVID was extend some of these lesser subsidies that they were planning on cutting by the end of 2020. I think they’ve announced that they’re extending it for another two years, just so there’s a bottom for the sector. 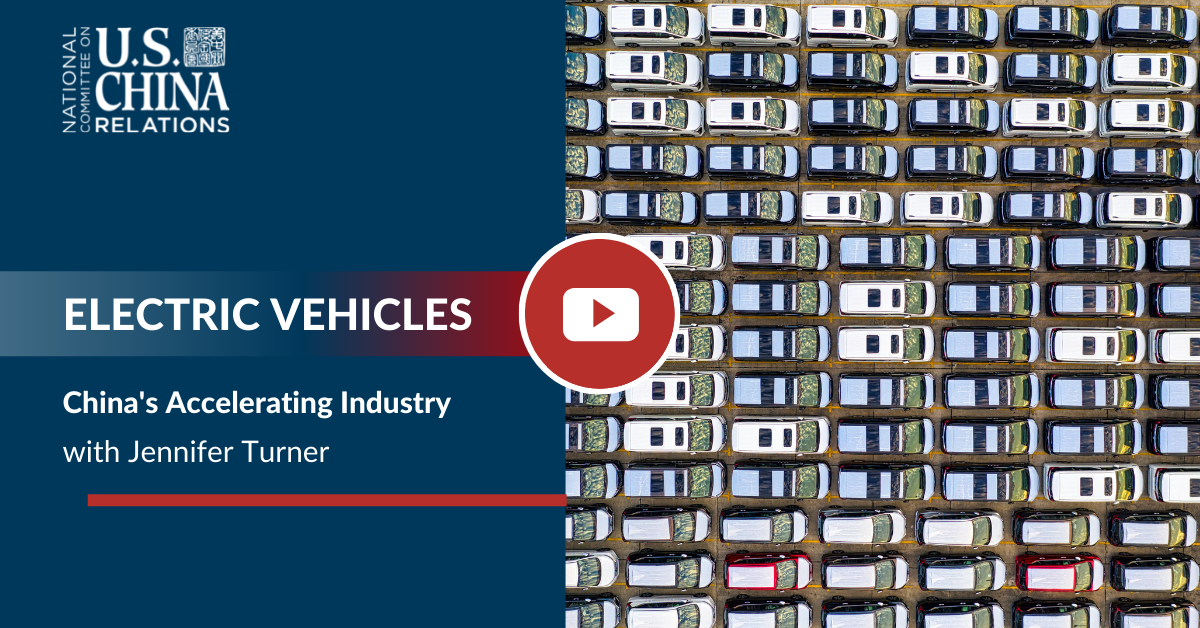