For several decades after “reform and opening” began in 1978, China’s leaders adopted a restrained approach to foreign policy, assuring the world of its peaceful intentions.  Then, as Susan Shirk argues in her latest book, Overreach: How China Derailed its Peaceful Rise, China went from fragile superpower to global heavyweight, threatening Taiwan and its neighbors in the South China Sea, tightening its grip on Hong Kong, and openly challenging the United States for preeminence economically, technologically, and militarily.

In an interview conducted on October 13, 2022, Susan Shirk urges the United States and other countries to respond to China’s overreach with restraint. Understanding the domestic roots of China’s actions will enable the world to avoid the mistakes that could lead to war. 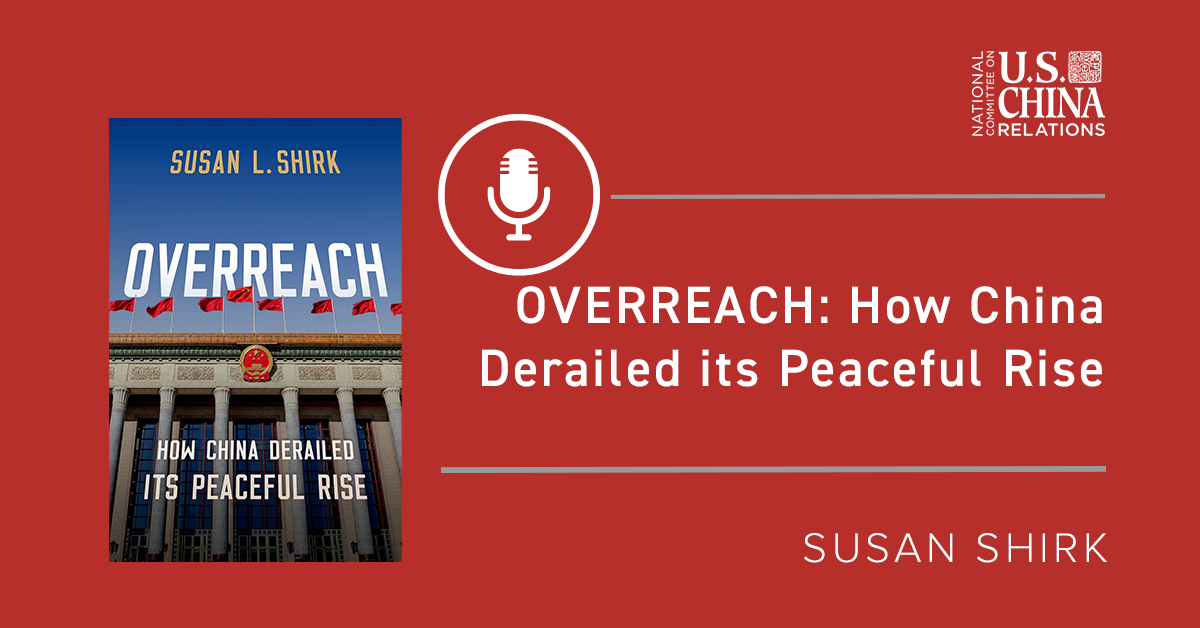 PODCAST: Susan Shirk describes how China’s peaceful rise recently turned into a confrontational stance toward its neighbors and beyond. 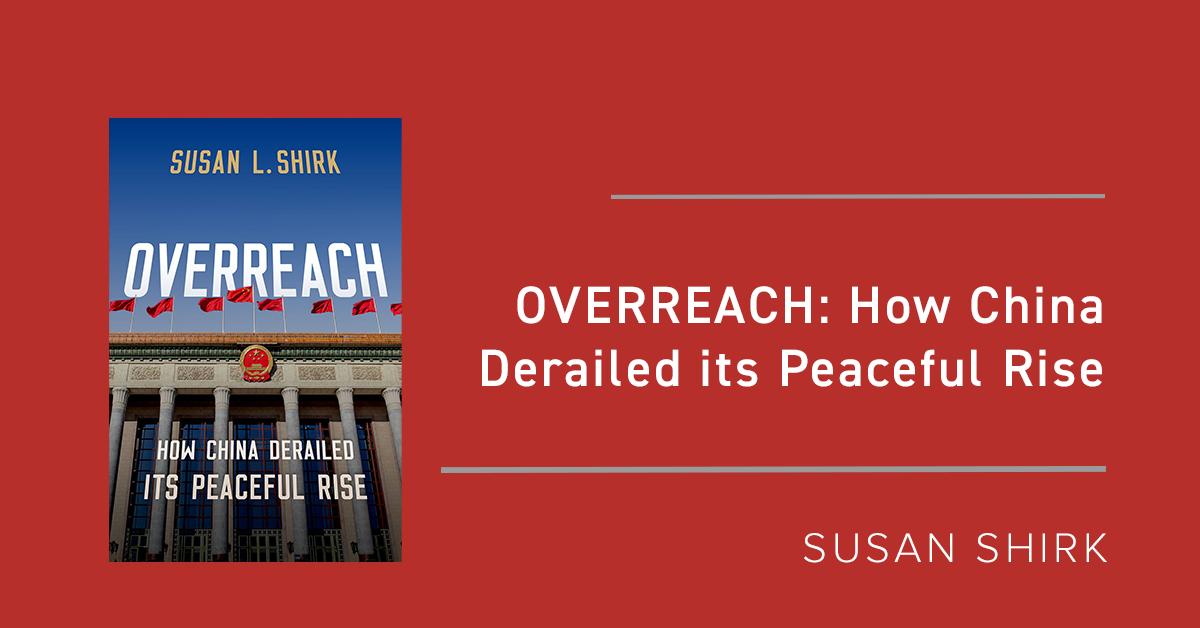 Susan Shirk describes how China’s peaceful rise recently turned into a confrontational stance toward its neighbors and beyond.