The Justice Department’s China Initiative against economic espionage and intellectual property theft has made Chinese students in the United States a focus of increasing scrutiny, while Congress has initiated legislation aiming to restrict this broad group’s ability to work and study in the United States.

In light of the Justice Department’s more than 3,000 active investigations of China-affiliated researchers and students in the United States, Queens College President Frank H. Wu discusses the initiative, the resulting increase in scrutiny of Chinese nationals and Chinese-American students, and the potential threat to American competitiveness and economic vitality that these developments present. 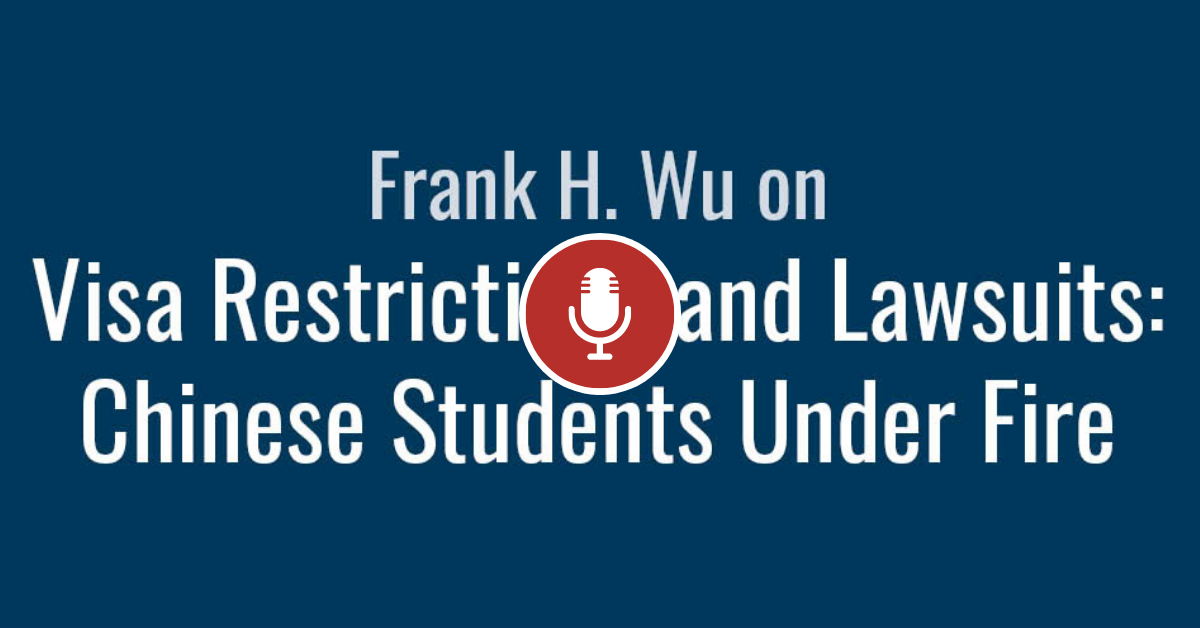 Frank H. Wu discusses the China Initiative, the resulting increase in scrutiny, and the potential threat to American competitiveness.