In the months leading up to the 2015 Paris Climate Conference, China began making a series of increasingly bold pledges to overhaul its environmental and energy policies. To curb emissions, it announced the creation of a cap-and-trade program, new restrictions on domestic coal production, and continued investment in renewable energy.

At the Paris conference, China’s top climate negotiator said that the country was on track to reach a peak in greenhouse gas emissions “as soon as possible,” suggesting confidence in the measures and policies China was putting into place.

However, questions remain whether China’s new approaches will be sufficient to curb global climate change. Despite being the world’s largest investor in green energy, China is still the world’s largest producer of greenhouses gases. Furthermore, recent allegations that China has been underreporting carbon emissions have cast doubt on China’s ability to meet its international environmental commitments.

On April 5, 2016 at the National Committee’s New York offices, Mark L. Clifford, author of The Greening of Asia: The Business Case for Solving Asia’s Environmental Emergency, drew upon his latest research to outline the global and domestic context of the energy and environmental policies that China has further embraced since Paris. 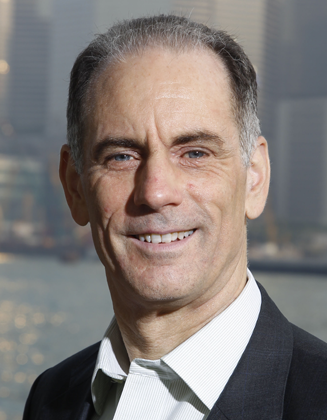 Mark L. Clifford is the Hong Kong-based executive director of the Asia Business Council. Previously he was editor-in-chief of the South China Morning Post, publisher and editor-in-chief of The Standard, and the Asia regional editor for BusinessWeek. Mr. Clifford moved to Asia in 1987 as the Seoul correspondent for the Far Eastern Economic Review, and later served as the magazine’s business editor in Hong Kong.

In addition to the Asia Business Council’s books on young Asians (Through the Eyes of Tiger Cubs: Views of Asia’s Next Generation) and on green buildings (Building Energy Efficiency: Why Green Buildings Are Key to Asia’s Future), Mr. Clifford is co-author, with former WTO Director-General Supachai Panitchpakdi, of China and the WTO: Changing China, Changing World Trade; the co-author of Meltdown: Asia’s Boom, Bust and Beyond; and the author of Troubled Tiger: Businessmen, Bureaucrats and Generals in South Korea.

Mr. Clifford graduated in history (honors) from the University of California, Berkeley and was a Walter Bagehot Fellow at Columbia University. He is a member of the Council on Foreign Relations and chairman of the editorial board of the Asian Review of Books. He has lived in Hong Kong since 1992.