Taiwan faces many internal issues, as well as pressures from China which exacerbate home-grown problems. Its responses to these internal and external challenges, and ultimately whether it can stand its ground against China’s ambitions, will be formulated within the island’s lively democratic system. In Difficult Choices: Taiwan’s Quest for Security and the Good Life, Richard Bush explores the issues and policy choices Taiwan confronts and offers suggestions for what Taiwan can do to help itself and what the United States should do to improve Taiwan’s chances of success.

In an interview conducted on June 8, 2021, Dr. Richard Bush discussed Taiwan’s predicament as it deals with internal issues and pressure from China, and recommended actions Taiwan and the United States could take to improve the likelihood that Taiwan will thrive.

Richard Bush is a non-resident senior fellow at the Brookings Institution, specializing on East Asia, especially China and Taiwan. Joining Brookings in 2002 as a senior fellow and director of the Center for Northeast Asia Policy Studies, Dr. Bush held the Michael H. Armacost Chair and the Chen-fu and Cecilia Yen Koo Chair in Taiwan Studies. He retired in March 2020. He has published many books on Taiwan, China, Japan, and Hong Kong, including, in April 2021, Difficult Choices: Taiwan’s Quest for Security and the Good Life. Dr. Bush served in the U.S. government for 19 years, first on the House Committee on Foreign Affairs staff, then as National Intelligence Officer for East Asia and member of the National Intelligence Council; and later as chairman and managing director of the American Institute in Taiwan. He received his undergraduate degree from Lawrence University and his M.A. and Ph.D from Columbia University. 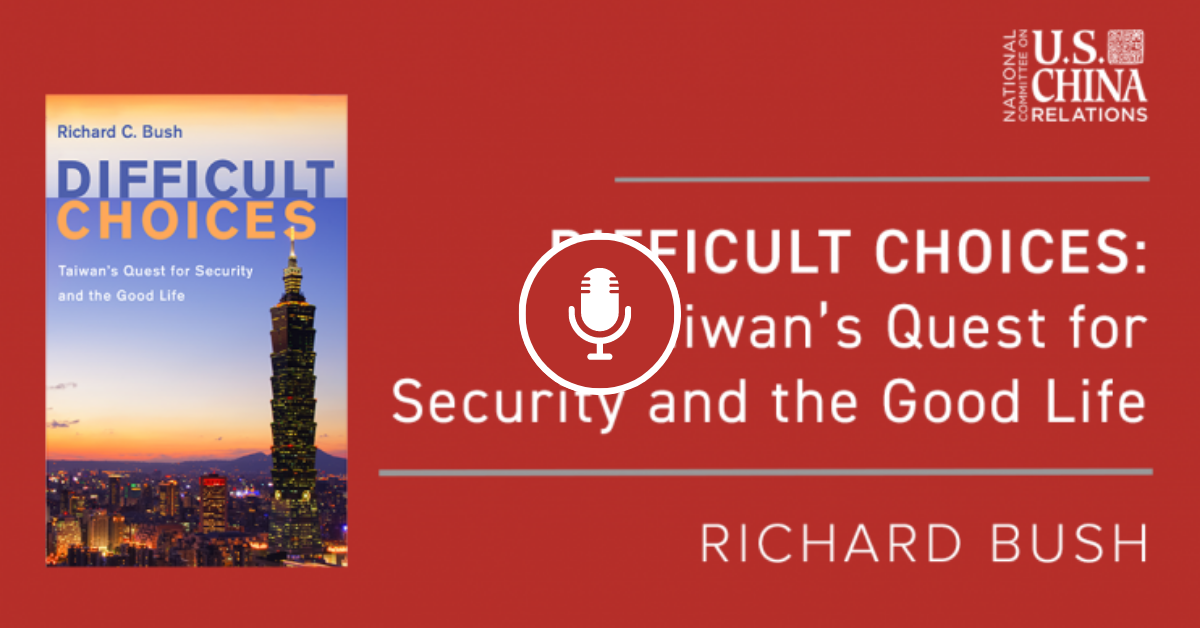 Difficult Choices: Taiwan’s Quest for Security and the Good Life

Richard Bush explores how Taiwan can overcome internal stresses and threats from China, and what the United States might do to help. 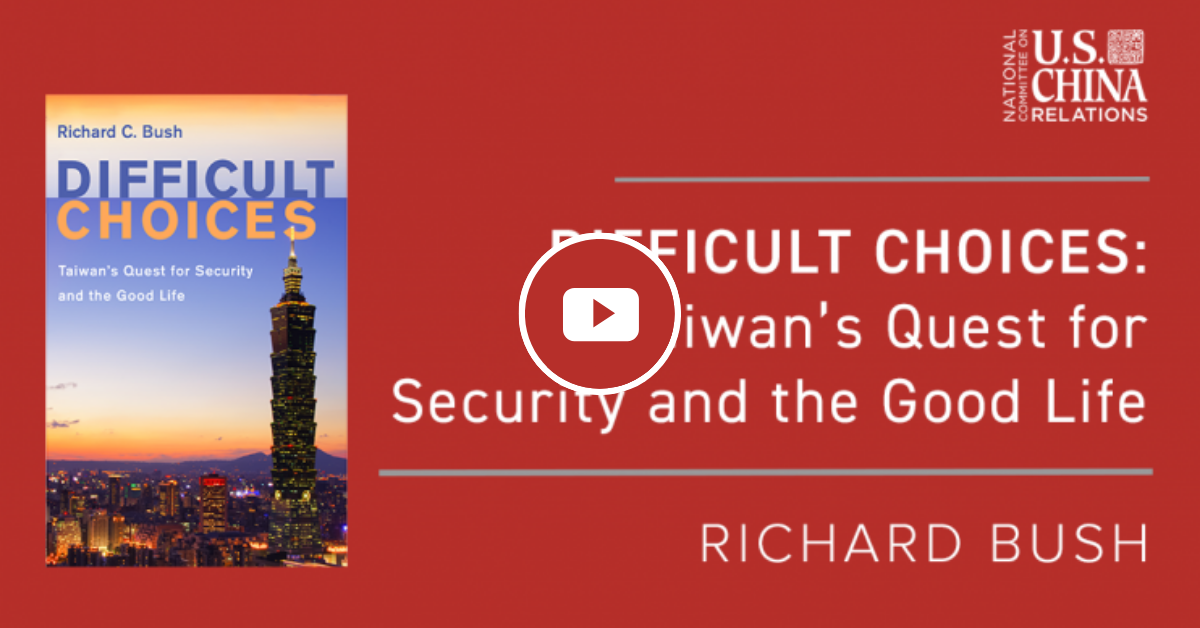 Difficult Choices: Taiwan’s Quest for Security and the Good Life

VIDEO: Richard Bush explores how Taiwan can overcome internal stresses and threats from China, and what the United States might do to help.