The February events in Myanmar have startled the world. While some countries quickly called the military takeover a coup, and U.S. President Joe Biden imposed sanctions to prevent the generals behind the coup from gaining access to funds in the United States, China has maintained a neutral position. Nonetheless, Myanmar’s unexpected political developments will inevitably introduce challenges and uncertainties into China-Myanmar relations. Geographical proximity, as well as complicated historical, ethnic, political, and economic ties, mean that whoever is in power in Naypyidaw will want to maintain a positive relationship with Beijing.

Yun Sun discusses the February 1 coup, subsequent events, Chinese responses, and the potential impact on Sino-U.S. relations in an interview conducted on March 5, 2021.

Yun Sun is a senior fellow, co-director of the East Asia program, and director of the China program at the Stimson Center in Washington D.C. Her expertise is in Chinese foreign policy, U.S.-China relations, and China’s relations with neighboring countries and authoritarian regimes. She was previously a visiting fellow at the Brookings Institution, focusing on Chinese national security decision-making processes and China-Africa relations, and before that was the China analyst for the International Crisis Group based in Beijing, specializing on China’s foreign policy towards conflict countries and the developing world. Ms. Sun earned her master’s degree in international policy and practice from George Washington University, as well as an MA in Asia Pacific studies and a BA in international relations from the Foreign Affairs College in Beijing.

“Statement by National Security Advisor Jake Sullivan on Violence Against Peaceful Demonstrations in Burma” by U.S. Embassy in Burma

“Chinese Ambassador to Myanmar H.E.Mr. Chen Hai gives interview to Myanmar Media on the current situation in Myanmar” by Chinese Embassy in Myanmar 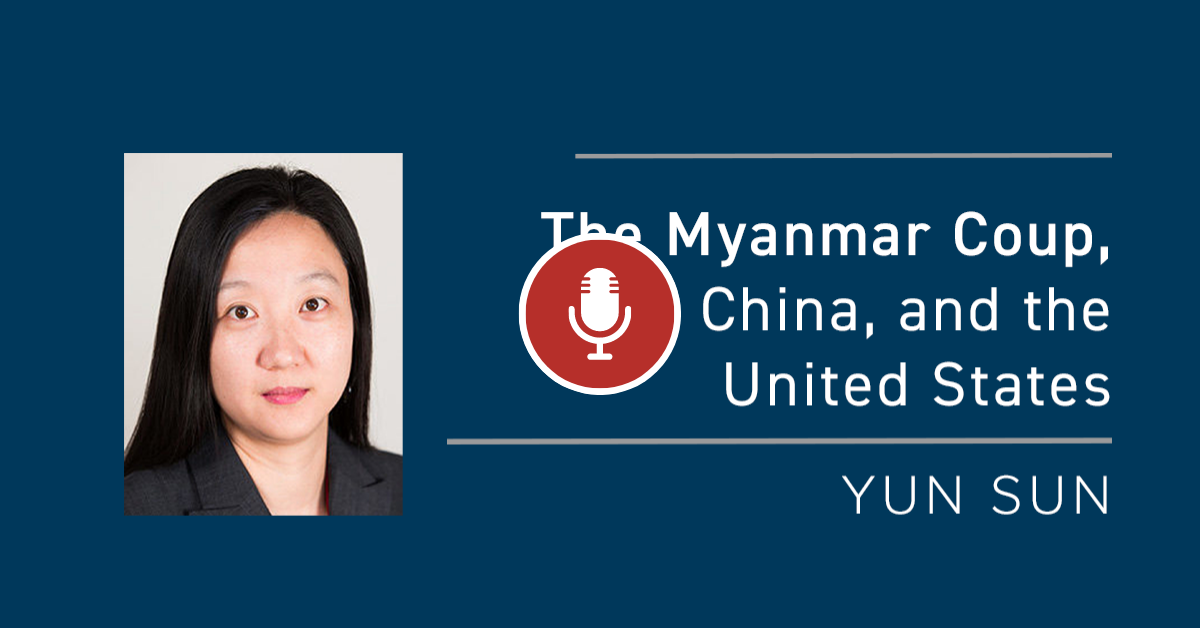 Yun Sun on the Myanmar Coup, China, and the United States

Yun Sun discusses the February 1 coup in Myanmar, Chinese and American responses, and the impact on U.S.-China relations. 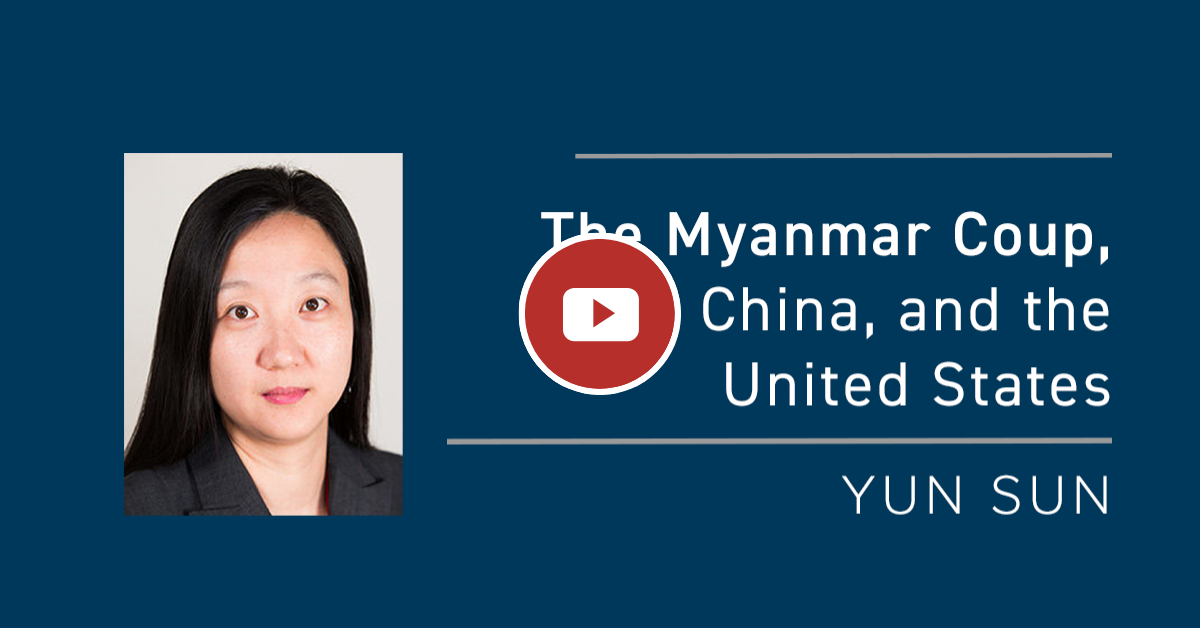 The Myanmar Coup, China, and the United States

VIDEO: Yun Sun discusses the February 1 coup in Myanmar, Chinese and American responses, and the impact on U.S.-China relations.