Will China become the global leader in higher education in the 21st century? The modern research university was born in 19th century Germany; during the 20th, the United States took the lead. In his book Empires of Ideas, William C. Kirby argues that Chinese universities are among the most innovative educational centers in the world. Professor Kirby examines the successes of several leading universities in Germany and the United States, and compares them to three Chinese universities aspiring to become world-class institutions that can compete with the best that United States and Europe have to offer.

In an interview conducted on August 16, 2022, William C. Kirby examines the rise of the modern research university and liberal education, and the challenges facing higher education institutions in China, the United States, and Germany.

William C. Kirby is the T. M. Chang Professor of China Studies at Harvard University and Spangler Family Professor of Business Administration at Harvard Business School. Professor Kirby serves as chairman of the Harvard China Fund and faculty chair of the Harvard Center Shanghai. At Harvard he has served as director of the Fairbank Center for Chinese Studies, chairman of the history department, and dean of the faculty of arts and sciences. His current projects include case studies of trend-setting Chinese businesses and a comparative study of higher education in China, Europe, and the United States. His recent books include Can China Lead? (Harvard Business Review Press) and China and Europe on the New Silk Road (Oxford University Press) and Empires of Ideas: Creating Modern Universities from Germany to America to China (Harvard University Press).

Dr. Kirby is a graduate of Dartmouth and Harvard.

Empires of Ideas: Creating the Modern University from Germany to America to China

PODCAST: William C. Kirby discusses the rise of Chinese universities and whether China will become the global education leader in the 21st century. 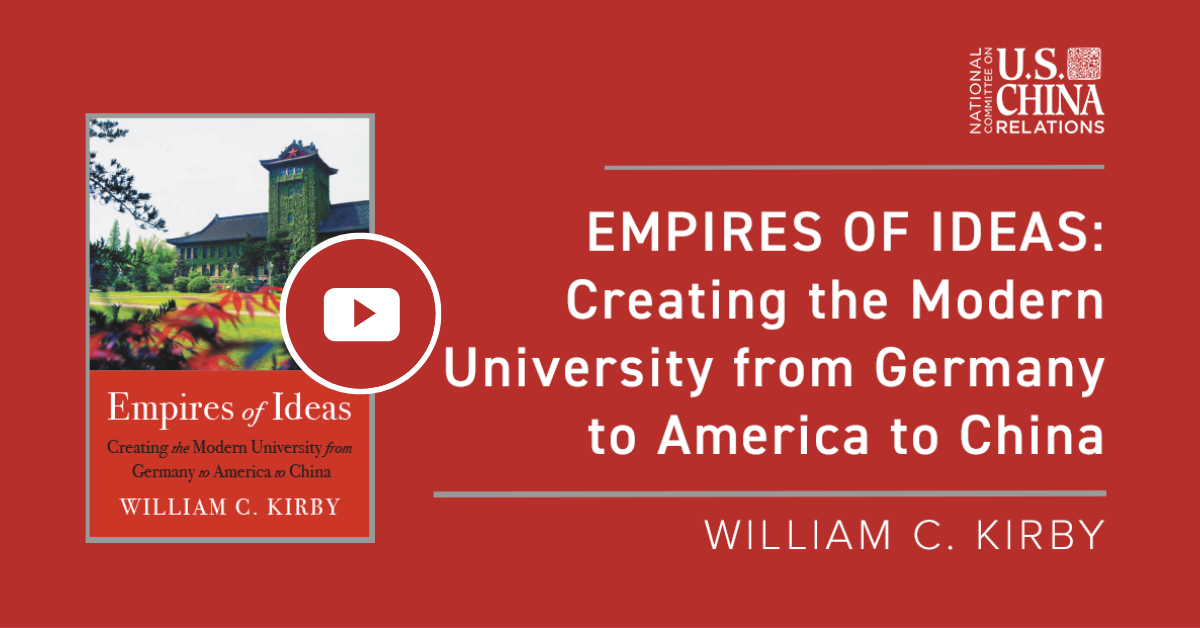 Empires of Ideas: Creating the Modern University from Germany to America to China

VIDEO: William C. Kirby discusses the rise of Chinese universities and whether China will become the global education leader in the 21st century.