In a new book, NCUSCR Vice Chair Nicholas R. Lardy of the Peterson Institute for International Economics draws upon new data to trace how Chinese President Xi Jinping’s support of state-owned enterprises has begun to diminish the role of the market and private firms in China’s economy. Dr. Lardy argues that China has the potential to match growth rates from previous decades, but only if it returns to a path of market-oriented reforms. At a National Committee corporate member luncheon on March 8, 2019, Dr. Lardy discussed the impact of revived state control over China’s economy, and prospects for future growth.

Nicholas R. Lardy is the Anthony M. Solomon Senior Fellow at the Peterson Institute for International Economics. He joined the Institute in March 2003 from the Brookings Institution, where he was a senior fellow from 1995 until 2003. Before Brookings, he served at the University of Washington, where he was the director of the Henry M. Jackson School of International Studies from 1991 to 1995. From 1997 through the spring of 2000, he was also the Frederick Frank Adjunct Professor of International Trade and Finance at the Yale University School of Management. He is an expert on the Chinese economy. Dr. Lardy’s most recent books are The State Strikes Back: The End of Economic Reform in China? (2019), Markets over Mao: The Rise of Private Business in China (2014), Sustaining China’s Economic Growth after the Global Financial Crisis (2012), The Future of China’s Exchange Rate Policy (2009), and China’s Rise: Challenges and Opportunities (2008). In 2006, he contributed chapters on China’s domestic economy and China in the world economy to China: The Balance Sheet (Public Affairs, 2006). In 2004, he coauthored Prospects for a US-Taiwan Free Trade Agreement with NCUSCR Director Daniel H. Rosen. His previous book, Integrating China into the Global Economy, published in January 2002, explores whether reforms of China’s economy and its foreign trade and exchange rate systems following China’s WTO entry will integrate it much more deeply into the world economy. Dr. Lardy is a member of the Council on Foreign Relations and of the editorial boards of Asia Policy and the China Review. He received his B.A. from the University of Wisconsin and his Ph.D. from the University of Michigan, both in economics. 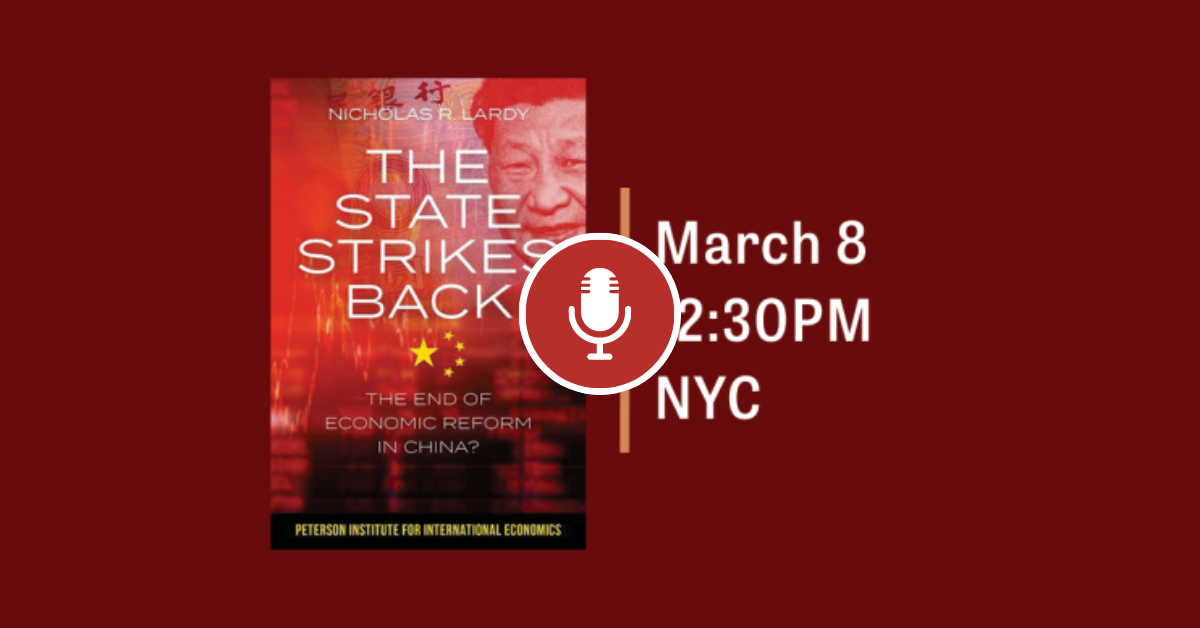 The State Strikes Back: The End of Economic Reform in China?  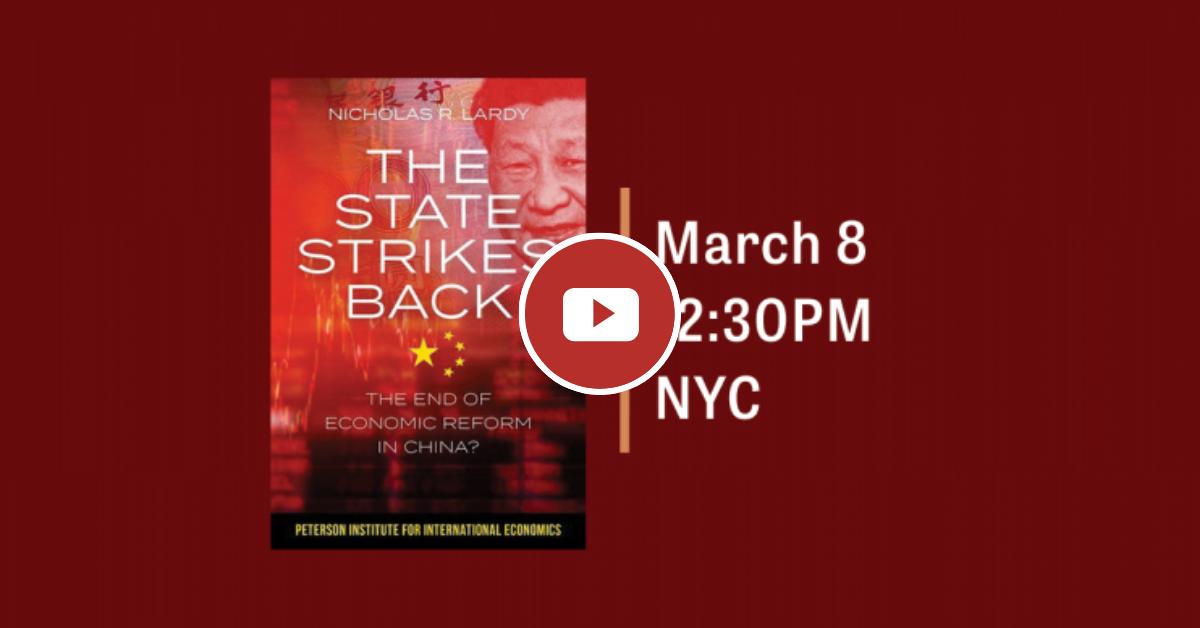 The State Strikes Back: The End of Economic Reform in China?